Last week I came to Michigan quite early to spend lots of time with Jeff since I was on my spring break. Prior to this event, I had been testing and working with Dirk Wagner and Robert Scarpelli on their Dracopal deck via Skype and sequential Dueling Network grinding. The end product was a deck that aimed to create a field with Naturia Beast with a least one solemn set. The idea was to “FTK” most match-ups because they wouldn’t be able to make a play and then we’d kill them on our following turn. Lots of success on DN gave me the idea that the deck was surely going to be my best option, which made me feel very positive about this event.

Once I got to Detroit with the deck we had all worked on I asked my friend Charles (Voltage Games Moon Mist Enthusiast) to play a few mirror matches. Following a pretty decisive stomping I felt horrible about the deck and the game in general. Most games were won via too many counter traps, my deck bricking, or a wavering eyes war that went south. Laying awake that night I thought to myself, “Am I really going to enter this event with a Pendulum deck and run the risk of losing a dice roll that will cost me most mirror matches?”

Feeling lost I woke up and went back to Voltage with Jeff to have a nice relaxing day with everybody. I didn’t really feel like playing duel monsters, so I just played lots of smash bros and spectated my friend’s games because they were testing for a regional that was on the following day. We all drove to the Fort Wayne regional in Indiana, which was a trip that Jeff and I both ended up regretting. Since we didn’t play we just kind of hung out and watched people make questionable plays, my favorite of which was an Emergency Teleport that brought out a Wickedwitch! At the end of the regional my friend Dexter ended up placing in 9th place again, which was something that was very difficult for him to stomach since he had always come so close. I heard he took the loss pretty hard so I told him personally that he had to keep his head up and keep working hard, because success would surely follow at the ARG in Detroit (More on that later!) 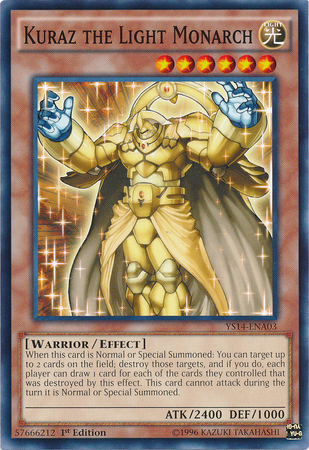 I was genuinely impressed with Dexter’s Xyz Monarch deck that he used at that regional, which lead me to pick up all the cards and build the deck. I asked him for a deck list and had decided that I was going to play it at ARG Detroit! Monday morning Jeff and I went into Voltage to get straight back into testing. Marjanco overheard my new deck choice and was super confused because he thought Pendulums were the best deck. I played a few matches and was getting pretty sick of the brick hands along with the overall fairness of my deck.

“I just want to play Nekroz again” I exclaimed. Marjanco and I reminisced about the Nekroz deck we both built for YCS Columbus where I made Top 8 and then it hit us. Why not work on a Pendulum deck together and find a solution to this nonsense. I immediately dismantled my tribute summon deck, and rounded up my monsters that were also spells. The first issue that we wanted to solve was the dice roll factor. Were we really going to go into an event where if we lost the dice roll, we would surely lose the match? There had to be something we could do to mitigate this problem. The first thought was to use Eccentric Archfiend, which was perfect for clearing set solemns and outing the Monarch field spell. Secondly we decided that Instant Fusion would be another way to grind through several counter traps and win the game.

Eventually we came up with a list of cards to try out for hands where we would have to go second and eagerly waited for our next day of testing. As we played numerous game ones we eventually got to a point where we the player who went second actually had a chance to win. At this point we were main decking 2 copies of Mystical Space Typhoon, 2 copies of Eccentric, and Instant Fusions, which were good but made going first exponentially worse. Were we really going to give up the huge advantage of going first to maybe win going second?

We ended up taking our chances going second and making our deck better going first because we felt that since most of the match was played post-side board, we could just find the perfect side deck cards to edge the match in our favor. We took a short food break and began brainstorming a list of cards that would be cool to use against the mirror match post-side.

The above list is a more summarized version contrary to the original one that was quite extensive in our heads. As we tested out these ideas, we used a very effective process, which I’ll explain right now. If we wanted to test out a card going first post-side, we would allow the player testing the card to always have it in his starting hand. This meant that if you were trying out Mistaken Arrest you would have that card plus the additional four cards in your starting hand. We each played five games with the card we wanted to try and compared results to determine which cards were most effective. Some cards were clearly bad after the first few games, which was the case for Mistaken Arrest. The card sounded great in our heads because we would make a field and set it to seal the game, but we noticed that even if our opponent were able to search their deck, they still wouldn’t be able to crack the board. Why use Mistaken Arrest when it didn’t help seal the game? After we repeated this process with every card on the list, we eventually found that Ghost Ogre, Electric Virus, and Raigeki were the best cards on the list. 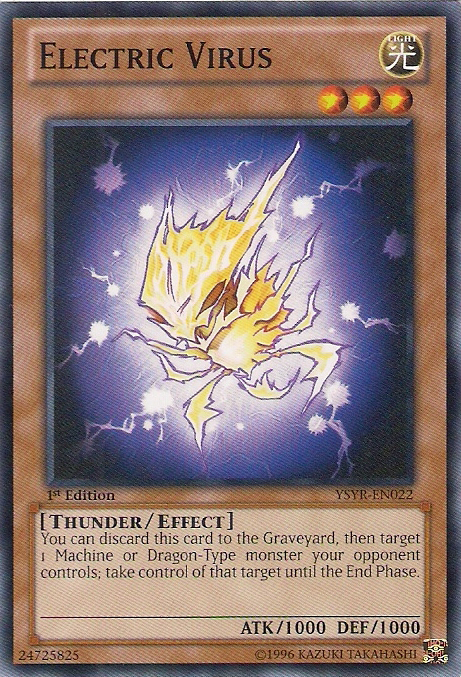 Ghost Ogre was our card of choice going first believe it or not. We found that the player that had it in their opening hand took 75% of game ones. Since most players would scale 2 cards, use Wavering to grab Monkeyboard, and then try to use the Monkeyboard to search, we would just Ghost Ogre them. At that point they would be left with only two cards to play. Going second we became heavily reliant on Electric Virus because it allowed us to break any board in the mirror match. Since Number 38’s release, he’s become an integral part of most boards that the Pendulum deck formulates, and he is the prime reason we elected to use Electric Virus. Our typical line of play would be to steal the Hope with Electric Virus, swing over the Rafflesia/Giant Hand/Majester and then counter swing with a powerful Pendulum summon of our own that hopefully consisted of a Pendulum Sorcerer to destroy the Hope.

The main reason we didn’t want to side deck Ghost Ogre going second was the fact that it would force us to bring too many engine cards out if we wanted to use Electric Virus too. The week flew by and it was finally time to try our deck out in the Friday night Voltage Games tournament, which had 60+ players! Marjanco wasn’t able to play because he had to work it, but I took it to a 5-1 finish and cashed $60 credit, which was insane! After the tournament I talked to Patrick about his deck for the event since he was staying at Marjanco’s house for the event. Pat told us he planned on main decking Denko Sekka, which sounded neat, but I refused to change the deck I spent a whole week working on. Pat liked our idea of Electric Virus but ended up omitting it from his final deck list.

After a week of playtesting and working on fixing the problems with the Pendulum Deck, Marjanco and I came up with this deck list.

King of the Feral Imps x1

Before I get into my tournament experience I’d like to cover some of the small things that went along way when building the main deck. While testing against other match-ups I found that the games actually went past the first and second turns, which meant that if I wanted my best card, Draco Face-off, to be live against a Kozmo player in later stages of the game, I would want to play a third copy of Vector. Again and Again in testing I drew a dead Face-off against Kozmo and it certainly would have turned the tide of the game every time, which made it pertinent that I use a third Vector. Subsequently the single copy of Guiturtle was the perfect number because when you’re playing the mirror match you only really need to resolve it once since the games don’t last very long. Concerning the other match-ups you don’t really need to use Guiturtle more than once because you can search other high scales via Feral Imps, and the “pot of greed” play should get you enough cards to win the match anyways. 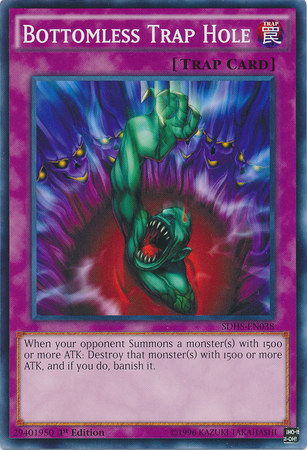 The trap lineup was the area of the deck I would most like to alter simply because 6 traps was a lot and every time I drew a brick hand I always had a trap in it that could have been the missing combo piece. The trap I would most like to cut after playing the deck was Bottomless Trap Hole because the mirror match wasn’t as prevalent as we initially anticipated. The main reason we wanted Bottomless was because if we didn’t get any counter traps during our turn, we wanted to be able to make Rafflesia and have a shot at preventing a pendulum summon via Bottomless. The theory was there, but the most common cards sided out across almost every match-up were Bottomless and Rafflesia.

The overall tournament experience was a fairly positive one; all of my opponents were very kind and pleasant to play against. I don’t recall very much to write out a match-by-match report this time around, but I can say that I finished the first day with a 5-1-1 record finishing at 15th to squeak into the Top 16. Unfortunately I was eliminated from the tournament by the eventual winner in Top 16, so congrats to him! Couldn’t snatch a win this time around, but I’ll be back at it again trying to win at ARG Pittsburgh on April 23-24 so be sure to make the trip out! Until next time duelists, play hard or go home!