The community is buzzing. The anticipation is mounting. We're mere days away from the first ever Kaijudo Championship tournament in Seattle! I imagine that most everyone who has already qualified has a pretty good idea about what deck they plan to bring to the table at this point. For those of you out there who may still be unsure, and for those of you (like me) who hope to win one of the LCQs on Friday, here are some last-minute testing tips.

Deckbuilding Is a Process 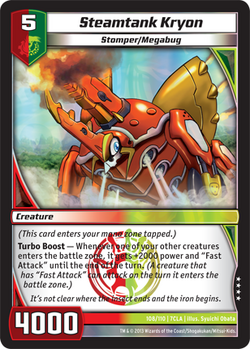 Building the right deck is an inexact science, but there are rules of thumb players should utilize on the way to discovery. Always try to define what you want the deck to do, and how you expect the deck to win; these things need to be evident to you before you even add a single card.  Of course, you will find that your assumptions may be proven wrong in testing, but that's perfectly fine. The point is to try to zero in on a niche you think your deck can occupy in the metagame, and then make every card initial card choice work to that end. Along the way, you may find that you have a particularly bad matchup, and if so, that's the time when you can try to integrate answers.

Don't limit yourself to specific color combinations. The main thing here is to focus on specific desirable creature progressions and let those dictate your color counts.

Nothing's Too Stupid To Try

I oftentimes find myself daydreaming, trying to figure out ways to make bad cards work. Almost every single time, I fail to make the bad cards good, but when I even have the slightest inkling, I go ahead and sleeve something up. Does that mean my time was wasted? Absolutely not. Sure, you might end up throwing together a pile of garbage when what you really wanted was "Bouncy Castle Turbo" (copyright 2013 Rob Wolinsky), but you never know unless you try.

The beauty of deckbuilding is that each one of us has the potential to alter the state of the metagame at any given time. Look at what Carl Miciotto (EarthP0w3r) did at the KMC in Oakmont, PA. To most players, Megabugs were nothing more than a fun deck, but Carl realized the power of [ccProd]The Hive Queen[/ccProd] and tempo creatures like [ccProd]Rusalka, Aqua Chaser[/ccProd] and [ccProd]General Finbarr[/ccProd] working in unison, and took the tournament by storm. Fast forward to today, and if you aren't testing your control deck against Megabugs, you aren't doing your due diligence.

There's a contingent of players that finds the current metagame stagnant and completely control oriented. Carl challenged that notion with his performance in Oakmont, and I expect the trend to continue at the Championship. We may have a small card pool, but that makes it that much more impactful if a player is able to put together a list that no one else is expecting.

Don't Be Afraid to Kill Your Darlings

Good idea, bad idea, or indifferent idea -- whether the deck loses spectacularly, or whether it puts up a fight but falls short -- it doesn't matter if it's consistently losing. If you are unable to fit in answers to problem cards without disrupting the consistency of the original idea, then simply put: the original idea wasn't good enough.

You can always return to old ideas that you have in the back of your pocket as new cards are released, but when you are prepping for a tournament like the Kaijudo Championship, your time is valuable. Do the hard thing and shoot your pet idea down with extreme prejudice.

Put Together a "Gauntlet" 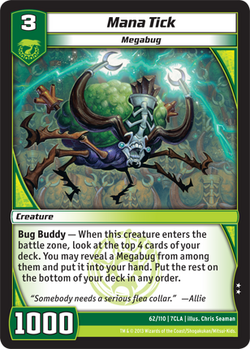 Never let anyone tell you that "netdecking" is a bad idea. Netdecking is the foundation through which competitive-minded players can best prepare themselves for any tournament. It's not enough to have a vague idea about what an opponent may be playing; you should be able to sit down, see their first card in mana, and immediately scan your brain for a backlog of games you played against a similar deck. Fellow ARG writer Bobby Brake already touched on the most popular decks you can expect to see at the Championship. Using this knowledge, the next step is to locate KMC-winning builds of these archetypes that you find to be particularly attractive, and put them together for yourself. If you don't have all the cards required to do this, use proxies! Then, grab a trusty testing partner, have that person run all the meta decks, and send your creation through the gauntlet. When your deck makes it through the other side, you'll know if there's a gem of an idea in there worth committing to.

Above, I talked about honing in on specific creature progressions when you are first brainstorming, rather than generic color combination ideas with no focus. Once you reach the gauntlet, you can take it one step further. Beyond shuffling up and playing real games against your netdecks, it's also very helpful to stack both decks, and intentionally allow each one to hit their ideal progression. If you find there's a series of straightforward plays an opponent could make that are simply unbeatable even with your "nut draw," then you need to take your creature curve back to the drawing board.

This is a big one. Try your best to have each player make the play they would have made, even without knowledge of their opponent's hand. Talk out every mana decision and creature summon you perform, no matter how seemingly mundane. You'd be shocked at how differently players think sometimes. I know I've had my fair share of games where I needlessly complicated things by making the wrong mana decisions, so having to justify each one aloud can really hammer home certain lines of play in your brain. Maybe you've gotten used to mindlessly tossing that multi-civ card in mana on your first turn, but after discussing the matchup with your opponent, you may have second thoughts.

You'll find after playing a few games this way that the "plays you would have made without knowledge of their hand" end up being the right ones. This is because you're actively expecting certain things to happen instead of just staring at your own hand with tunnel vision. Any mental cues you can associate with a specific matchup because of repetition will minimize your chances at a crucial misplay.

The LCQ Is a Different Beast Entirely

If you're playing in the LCQ, you may want to prepare a different deck than the one you play in the main event. The reason being: an assumed prevalance of Red Rush at the LCQ. Even if every player who qualified with a Red Rush deck ends up playing the same deck in the Championship, that's still only 2-3 decks max. The LCQs, on the other hand, will likely be packed with people hoping to "suicide bomb" and try to run hot all the way to a qualification. If your deck has a scary matchup against aggressive decks, be prepared to tech it out with some hate.

I'll leave you with two variants of rush that I am utilizing in my current testing gauntlet. These are as straightforward as you would expect: 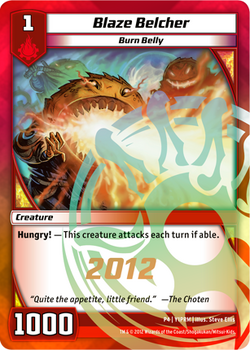 Good luck to everyone attending this weekend! I hope to meet plenty of you.

Deck Doctor #16, Roids and Macro
Hopes for the September Forbidden/Limited List
Our Contributors