Hello Duelists! This week I'm going to be talking about a deck that I've had recent success with that isn't Shaddolls or Burning Abyss - Sylvans! Sylvans have lost a lot of popularity ever since Soul Charge was limited to 1 on the newest banlist, but I think the deck is still viable.

It's clear that this card is by far one of the best, if not the best, trap card in the game. You can draw this card to dismantle an established board or you can draw it preemptively to prevent your opponent from performing their combos. The discard cost isn't exactly the easiest thing for this deck to fulfill but it is by no means impossible, since you can discard cards like Sylvan Hermitree and Sagequoia that fuel your multiple graveyard revival cards such as Soul Charge, Miracle Fertilizer, and Call of the Haunted. Not every deck can use this card but if the deck can support the discard cost then Phoenix Wing Wind Blast is a must have. 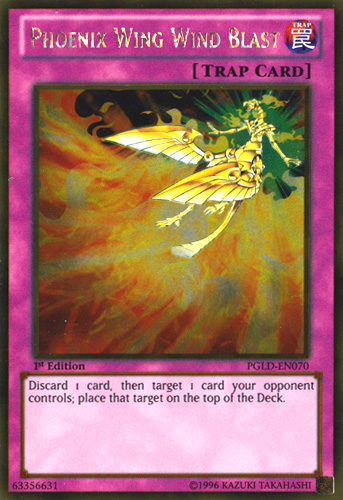 Graceful Charity and a Mountain of Wonders

This deck provides you with one of the best spell cards in the game, Graceful Char- err, Sylvan Charity. What this card does is it allows you to draw three cards, and then put back a Sylvan card and another card to the top of your deck. This lets you get to powerful cards like Lonefire Blossom and Soul Charge faster and can heavily swing the game in your favor. Excavating Sylvan Sagequoia when you have a Sylvan Charity in the grave will let you add Charity back to your hand, letting you reuse it next turn.

This is one of the cards that brings this whole deck together because it allows you to pick whether the card you're about to draw should go to your hand, your graveyard, or the bottom of your deck. Putting Hermitree into the grave for Fertilizer or Call is a very powerful interaction, especially combined with Sylvania’s first effect. It allows you to send a plant monster from your hand or field to the graveyard and place any Sylvan card from your deck to the top. With Hermitree on the field, you’ll often be stacking Princessprout for a Rank 8 play. The best part is that if you used Miracle Fertilizer to summon Hermitree, Fertilizer will remain on the field since using a monster as an XYZ material doesn’t count as the monster “leaving the field”. If you have Upstart Goblin in your hand, however, you could put Sylvan Charity on top and then use Upstart Goblin to draw into it, allowing you to see even more cards. Its primary use would still be to put plant monsters to the top so that during your opponent’s end phase, you can excavate that monster to the graveyard and use that monster’s effect. The reason I've been trying out Terraforming is because after using Sylvan Charity you don't always have many plays, but you have a Sylvan Charity in your hand, now normally you would draw into the same cards that you put back but Terraforming allows you to shuffle your deck so that you can draw into new and possibly better cards.

Plenty of ways to get going

The best thing about this deck is that you have so many cards that can get you started and pull you ahead right off the bat such as Lonefire Blossom ,Kuribandit, and Sylvan Kumoshroomo (if you resolve his flip effect). 7 cards to open up with may not seem like a whole lot but with between Upstarts and Sylvan Charity's and other deck thinning cards you see them more than you would expect. Kuribandit resolving can prove to be game winning on it's own. Almost any monster that you excavate with Kuribandit will gain you some advantage as well as allowing you to add one of your best spell/traps to your hand. Most of the time this can lead to major tempo changes and a larger advantage. The only problem with him is when you are going second against Burning Abyss odds are they will have a Phoenix Wing Wind Blast or Karma Cut so summoning him can be risky without Trap Stun.

The reason that I chose to use Blaster in this build whereas most people have cut it is because against Burning Abyss all of their cards replace themselves and almost all of their traps are chainable so using Blasters hand ability to destroy a card isn't very good, but where he shines is that you can overlay into a rank 7 with him such as Dracossack, Big Eye, or Orea and Burning Abyss have a very huge problem getting over monsters that have more than 2500 attack (or defense) without using a trap so Blaster allows you to put up a big threat once you finally get rid of their traps and if they don't draw a trap for turn odds are you're going to win especially since Blaster can revive himself next turn. Against Shaddolls you don't want to hit their monsters since they will get value out of them when destroyed by a card effect, and the only good spell or trap card you can destroy is Emptiness, the only card you actually want to destroy is El Shaddoll Construct and this is probably the best way to get rid of it, another way would be to overlay into a Rank 8 such as Alsei and return the Construct so that they don't get Shaddoll Fusion back from the graveyard with Constructs effect when sent to the graveyard, but the problem with that is if they have another Shaddoll Fusion because you have an extra deck monster on the field so I would recommend siding Blaster out against this matchup. 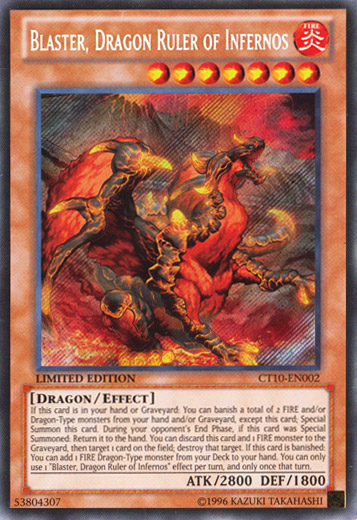 This deck has a great matchup against Shaddolls because you almost never need to touch your extra deck. Sagequoia and Hermitree are both very big on their own, easily beating over anything not named Shaddoll Construct. If Shaddolls want to get rid of them they have to either set Shaddoll Squamata and pass their turn (and hope you don't have one or six graveyard revival cards) or lose card advantage by having to use Shaddoll Fusion and fusion summon from their hand and hope you don't have any real trap cards. Against Shaddolls you can just leave big monsters on the field and win the game by playing for damage.

The only way that Burning Abyss can beat this deck is by opening multiple discard traps, because the only way to get rid of your big monsters that can beat over Dante is by using discard traps or summoning Number 30: Acid Golem, which isn't very good because then they can't special summon and you’ll be able to stall them out for game. Sagequoia and Hermitree make it very hard for Burning Abyss to do much because Dante’s defense is only 2500.

That's all for this week's article! I'd like to give a shout out to Phil self proclaimed "Sylvan King " L. for helping me with the topic. If you'd like to see me write about a certain topic feel free to message me on Facebook. The Circuit Series stops by Raleigh, NC next on November 8-9.

And as Always, Play Hard or Go Home!