Hello Duelists! As many of you know, Gold Series 2: Return of the Bling is being released this Friday! After looking over the cards that we are getting in that set, only one really stuck out to me (and probably the rest of the yugioh community): Number 95: Galaxy Eyes Dark Matter Dragon. This is probably one of the most powerful cards I've seen released in a while. It reads as follows:

3 Level 9 Monsters You can also Xyz Summon this card by using a "Galaxy-Eyes" Xyz Monster you control as the Xyz Material . (Xyz Materials attached to that monster also become Xyz Materials on this card.) Cannot be used as an Xyz Material for an Xyz Summon. When this card is Xyz Summoned: You can send 3 Dragon-Type monsters with different names from your Deck to the Graveyard; your opponent banishes 3 monsters from their Deck. You can detach 1 Xyz Material from this card; this card can make up to 2 attacks on monsters during each Battle Phase this turn.

So now you're probably thinking, "3 level 9 monsters?! That’s not a realistic thing to make happen in a Dragon deck." Well, you'd be right! So it's a good thing that all you really need is a way to make a rank 8 to summon it thanks to cards like Number 62: Galaxy Eyes Prime Photon Dragon and Number 107: Galaxy Eyes Tachyon Dragon. The best part about Dark Matter's effect is that sending 3 Dragon monsters to the graveyard is a cost, so cards like Effect Veiler, Fiendish Chain, etc don't even bother you!

So I began trying to find a way to play Dragon Rulers again in the current format thanks to the release of this card. I came to the conclusion that the best way to play the deck would probably be to try and make a rank 8 as quickly as possible. This led me to two possible variations of the deck: a build that utilizes Hieratics or a build that doesn't use Hieratics but uses more Mythic Rulers and more floodgates. Here are some example decklists just so you guys can use them for reference.

This is probably the issue that Dragon Rulers have been struggling with the most ever since their limiting, and unfortunately that problem hasn't really been solved with Dark Matter. This deck doesn't really have any one-card plays; it's a combo deck so most of its plays are all 2-card combos. I have been using this deck for quite some time now and with my testing I have realized that given the deck’s goal is to summon Dark Matter as soon as possible, then the build that you're looking for is definitely going to be the Hieratic version because it has a lot more ways to go into Dark Matter than the Mythic build.

While the Mythic build might have more room for defensive cards and floodgates, this doesn’t necessarily make it better.  While it’s theoretically possible to sit on a field of Barbaros and Skill Drain, such fields are broken apart fairly quickly by the top decks.  If the deck can’t make Dark Matter, it loses.  Dragon Rulers can’t grind out wins in the current format.  That said, against Nekroz and rogue matchups, Mythics may be a better choice: Skill Drain will often shut them down completely.

Both variations of the deck have their advantages and disadvantages, but the common problems that I think are going to prevent this deck from being the best deck are: 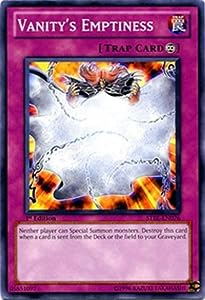 This is a card that Dragons have struggled with since its popularization at the 2013 NAWCQ.  While Nekroz aren’t running it in the maindeck, post-siding games become difficult if you have to side in S/T hate against it, given that it’s awful against the remainder of the deck.  Game 1s against Qliphorts are also very difficult for similar reasons. 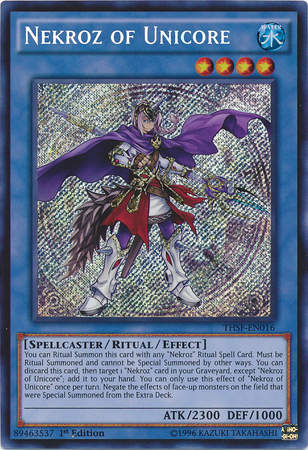 The prevalence of this deck is the main reason that I wouldn't recommend using Dragons this format.  Unicore on its own doesn't do very much, but Unicore backed by a Valkyrus in hand is very irritating. Yes, you can still send your Dragons with Dark Matter's effect because it's a cost, but the problem is following up. Because usually you end with Red Eyes, Dark Matter and Dracossack, but now you have to tribute off the Dracossack to pop their Unicore which leaves you with a less threatening field. The deck also has very little follow-up except for a couple of Dragon Ruler summons per turn. Nekroz easily break most fields with either Trishula or Brionac.  While Felgrand is a fantastic card to push through Valkyrus and stop opposing plays, it’s also fairly easy for Nekroz to circumvent: they can either just run it over with Valkyrus or summon Unicore to negate its effect.  Additionally, combos ending with Felgrand require that you not have used Mythic Water’s effect to summon Dark Matter, which means that only the Hieratic build can reliably summon it.

If you plan to use Dragons, analyze your local meta and plan accordingly.

That's all for this week's article! If you'd like to see me write about a certain topic feel free to message me on Facebook. The Circuit Series stops by Richmond, VA next on May 2-3! And As Always Play Hard or Go Home!

Different Types of Opponents
Response to Hoban’s Justification
Our Contributors