Overcoming the Power Creep: The Resurgence of Burning Abyss

This week I’d like to discuss the revival of Burning Abyss; the last YCS in Columbus was a perfect exhibit of this new trend as well as the past two Circuit Series events! YCS Columbus saw six Burning Abyss decks place in the top cut and all of them were using a large variety of trap cards, which gave them a higher chance of victory against the majority of decks in the field. The final of the last ARG Circuit Series in Edison was purely Burning Abyss, which was particularly strange because the majority of the top cut was Nekroz (9). Nekroz typically crushes Burning Abyss because of how easily they can access cards like Abyss Dweller, Nekroz of Trishula, and Nekroz of Brionac. What has Burning Abyss done differently these past few weeks to leap back into the metagame and steal an event win from the illustrious Nekroz deck?

When Burning Abyss was first introduced in the competitive scene back in August 2014, the players piloting the deck relied on using powerful discard traps to win their matches. Since the Burning Abyss monsters made the discard traps free, cards like Phoenix Wing Wind Blast, Raigeki Break, and Karma Cut became very powerful threats in the Burning Abyss deck at that time. As more sets were released Burning Abyss received more monsters, which lead to the release of a Big BA variant.

Big BA was the most successful Burning Abyss variant since the deck’s release and for good reason too! Since the Big BA variant was able to swarm the field very quickly and utilize the power of Fire Lake, it very easily took over the metagame for months on end. The deck became so predictable that Jim McMahan, the owner of Alterealitygames, was able to declare it as the winner of a few of the Circuit Series events!

All “good” things must come to an end, and that’s exactly what happened to Burning Abyss upon the release of Nekroz into the metagame. The very first weekend of Nekroz’s release it participated in various regionals as well as a YCS in Tacoma. YCS Tacoma saw 22 out of 32 top spots claimed by Nekroz, which came to many players as no surprise. The deck’s power and consistency allowed it to overcome the rest of the decks and begin its campaign as one of the best decks of all time. For months on end Nekroz dominated over half the top cut of each event it participated in, which brought memories of Tele-DaD claiming nearly every top spot of the events it participated in. With Nekroz winning event after event, the other tier 1 decks had to adapt or risk falling victim to Yugioh’s own Natural Selection, the power creep. 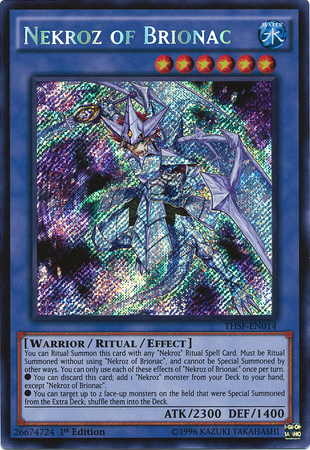 A power creep as defined by Andrei Dobra, a League of Legends writer, is the gradual unbalancing of a game due to successive releases of new content. After taking a closer look at Dobra’s definition of a power creep it is very easy to see parallels in the competitive Yugioh scene as the game has grown these past few years. Flashback to 2013 when Mermails and Fire Fist dominated for months on end, there was a particular set that revolutionized the metagame for nearly an entire year. This set was none other than Lord of the Tachyon Galaxy, which unlocked the power of Dragon Rulers and gave Spellbook players their most powerful tool, Spellbook of Judgment. Dragon Rulers and Spellbooks completely knocked off the previous Mono-Mermail and Fire Fist decks from their previous reign as best decks. The first Forbidden and Limited List that followed the release of Lord of the Tachyon Galaxy was able to weaken the Spellbook deck enough but failed at preventing Dragon Rulers from dominating the next September format. Following one more Forbidden and Limited List, the Dragon Ruler deck became weak enough, which allowed the former best decks, Mermails and Fire Fists, to regain control of the metagame. The current metagame is almost a mere reflection of battle that waged between Dragon Rulers and the opposing decks that it overcame, yet in today’s game Burning Abyss was able to strike back (Unlike Mermails or Fire Fist). Nekroz while powerful, is still a very fragile deck, which makes it very easy for the remaining decks to exploit the weak points of Nekroz. Looking at how Nekroz plays it’s quite easy to identify the areas where the deck does not excel. Fire and foremost the deck revolves around Ritual Summoning, which is actually an inherently inconsistent way of summoning monsters. In order to ritual summon you have to have a minimum of three cards in your hand; you need the Ritual monster, the Ritual spell, and the monster(s) required to fulfill the tribute. Nekroz is able to eliminate these inconsistencies because they have cards like Shurit and Kaleidoscope, which both make Ritual summoning more consistent. Not to mention the fact that the entire Nekroz deck is able to search for any missing combo piece through Manju/Senju or any of the Nekroz monsters as well as the Ritual spells. With seemingly infinite search power and a wide array of powerful monsters that can be special summoned, the two major ways to hinder Nekroz are preventing them to special summon and cutting off their search ability.

The remaining Meta decks have all incorporated cards like Mistake, Vanity’s Emptiness, Vanity’s Fiend, Anti-Spell Fragrance, and Secret Village of the Spellcasters, but only one deck has been able to consistently perform and excel with these Nekroz hate cards included in its main deck.

Burning Abyss is able to utilize a plethora of Nekroz hate cards and still play optimally, which is why the deck has been seeing an increased rate of success these past few weeks. Compared to a deck like Shaddolls, Burning Abyss can very easily play Nekroz hate without completely revamping the way the deck is played. If you look at how Shaddolls were played in the pre-Nekroz era versus the post-Nekroz era you will notice a drastic difference in play style. Before Nekroz took the Meta by storm Shaddolls took to a much more aggressive play style by utilizing the White and Black dragons to push for massive amounts of damage. Upon the release of Nekroz, Shaddoll players resorted to main decking Mistake and using Secret Village of the Spellcasters in an attempt to control Nekroz from overpowering them. These changes altered the Shaddoll dynamic and made the deck less consistent than it already was. Burning Abyss is a deck that is capable of playing many different ways, which means it can alter its form to assess almost any issue. Since almost every monster in Burning Abyss replaces itself and can combine together to form Dante, the deck can easily push for damage and grind with Nekroz.

The winner of ARG Edison, Matthew Monahan, played a trap-less Burning Abyss deck, which used Secret Village and Terraforming to lock Nekroz out of summoning their powerful monsters. Monahan was able to consistently summon Downerd Magician in combination with Mechquipped Angineer all backed up by a Secret Village of the Spellcasters, which created an autowin situation for Monahan. While watching the stream from this event, I witnessed Monahan perform this combo multiple times and he almost always won instantly. 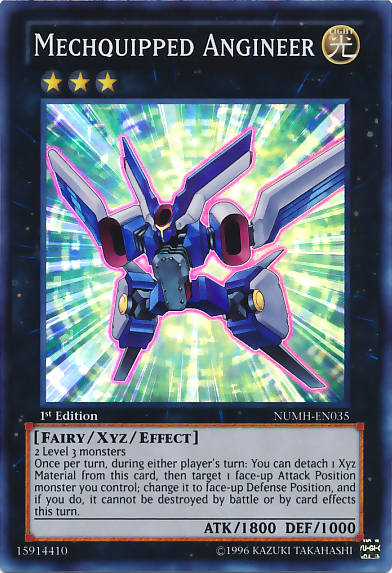 Alternatively, the runner-up at ARG Edison, Calvin Tahan, played a trap heavy Burning Abyss variant. Tahan’s list main decked a single copy of Mistake, paired with a Skill Drain and a Vanity’s Emptiness. Calvin’s Burning Abyss deck was designed to play against a wider array of match-ups because he didn’t just build his deck to beat Nekroz. Tahan’s Burning Abyss deck list resembled that of the original Burning Abyss decks that played more trap cards and deviated from the Big BA strategy.

Will Burning Abyss continue to perform at top events? How will Nekroz players respond to Burning Abyss leaping back into the competitive scene? Stay tuned for this weekend, when the Circuit Series stops in Syracuse New York! And as always, Play Hard! Or Go Home!

I would also like to extend a massive shoutout to my best friend Alyxander Lysgathe for helping me come up with this article idea!