Instead of writing a typical article about what happened on the ban list and what it means, I figured I would deviate from the presumed subject matter. I’m not going to completely ignore the changes made by the list, as they have no doubt inspired this topic. After rigorously playtesting with my buddy Brad these past few days, Brad mentioned that he hates every “deck” right now. When I say “deck” I mean something that is tier 1 and on the radar. Brad has this unhealthy obsession with Sylvans and wants nothing more than to play them at Ycs Chicago. Unfortunately Sylvans aren’t a tier 1 deck. This begs the question, does that really matter? Do you really have to play a tier 1 deck to top an event?

Certainly not! This past year we saw Sohrab Pasikhani pilot Volcanics to an undefeated finish at YCS Charleston after the swiss portion of the event. Everyone was astounded at the thought of a random deck like Volcanics going 10-0 at a Yugioh Championship Series. In Sohrab’s deck profile he mentioned that he loved the deck and he had been testing it for over 6 months! This goes to show that if you play what you enjoy, anything is possible. More often than not if you’re playing a deck that only you know, your opponents wont understand how to play against it and will misplay. My boyfriend Jeff Jones has been exhibiting this example for years! 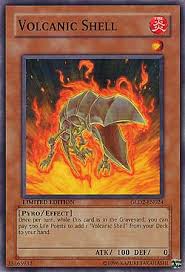 With the changes brought by the new ban list, there are plenty of players looking at past decks and considering if they want to revisit them. Instead of looking at what you can no longer play, take a closer look at the new options presented to you. Lonefire Blossom and Fire Fist – Spirit both went back to three, which will no doubt spike the interest in Sylvan and Fire Fist decks again. When you decide what deck you want to play, there should be a few questions you ask yourself about this particular deck.

Duelists build decks for all sorts of reasons, which means the reasons they play decks will always be different. A player could be building a deck to play at an event, or on the other hand they could just be building something to have fun with. Where is the line between decks being fun and competitive? Does having fun with a deck automatically mean it can’t be competitive? Surely that is not true, but for some players it might be. I can speak from experience and say that I haven’t always played decks because I thought they were fun; I definitely hated playing Burning Abyss. I found the deck to be very boring, despite its immense power and its stature on the totem pole of available decks. Every totem pole has a top and a bottom, which is then layered by multiple essences that make it up.

The Totem Pole of Decks

Imagine the current metagame as a figurative “totem pole.” The top of the totem pole would without a doubt be Nekroz because of the deck’s continuous dominance at premier events. The remaining top spots on the totem pole are quite difficult to determine at the moment due to the lack of events there have been under the new ban list. Burning Abyss, Qliphort, Sylvans, Shaddolls, Satellarknights, and even Fire Fist all look to be potential contenders heading into the new format. This idea of a totem pole of decks can be different for every player.

Jeff Jones’s totem pole isn’t going to be the same as Patrick Hoban’s. While both players are exceptional, they both have different ideologies that define who they are as players. Patrick loves using Upstart Goblin in all of his decks because he believes it makes them more consistent. Jeff despises Upstart Goblin in most decks because he can always find three more cards he would rather use. Jeff has never automatically played a deck because it was “popular,” he always plays decks that he actually enjoys playing. At YCS Charleston Jeff played Satellarknights the way he wanted to (without Alphas), because he thought the deck was better off that way (and more fun). A couple years ago Jeff played his Grandsoil Psychic deck to a second place finish at YCS Toronto when Wind-Ups were the most powerful deck. Jeff was able to defeat many of his opponents because they had little to no idea how his cards worked and he had a perfect understanding of them. I’ve spoken to him numerous times about this particular YCS and he always tells me he just played the deck because it was some fun and cool. He actually enjoyed playing the Grandsoil Psychic deck.

While Patrick Hoban is not usually one to play off the wall decks, he does always take popular decks and try to fix the problems he finds with them. Patrick would not look at a popular deck, see that it didn’t use Upstart Goblin, and not try to cut three cards from the main deck to fit in Upstart Goblins. Patrick will always try to make his decks as consistent as possible, because he enjoys playing consistent decks. On two separate occasions this year Patrick wrote articles entitled “Problems with ____,” and each event that followed these articles he took first place at. Jeff and Patrick may not always agree when it comes to card choice, but they both always play what they enjoy instead of what’s popular. If anything they help make decks popular by performing with them.

Speaking from experience, I can definitely say that I would rather play something I personally enjoy rather than the popular deck. Despite my desire to play something I enjoy, I haven’t been able to play a deck I truly love this year. The very first deck I played competitively was Formula Monarchs back in 2011. Ever since then I have always been trying to make Frog Monarch variants work, but they could hardly ever distract me from playing whatever the best deck was at the time. Even today I still have a Frog variant in the works on my desk, but I know deep down that there’s no way it will be able to beat any of the top decks today. When I saw that Gorz went back to three on the ban list I instantly dug out my Frog deck and started building some funky variant to counter today’s Meta. Unfortunately I don’t have enough confidence in this deck to play it at a premier level event, which means I have to resort to using it a locals. Sometimes you have to play a deck you don’t particularly enjoy because it’s the perfect one to pilot for a specific event. If you don’t find enjoyment from the deck you’re playing, you might find enjoyment from winning matches and earning more accolades.

Everyone has a favorite deck; it’s only natural to have one as a duelist. Obviously some of these favorite decks are going to be stronger than others, but that doesn’t mean you shouldn’t try to make them better some how. There’s no better feeling that working hard with a deck you love and seeing some kind of result with it. As I mentioned in the first paragraph of this article I tested quite a lot with my friend Brad the past 4 days, 25 hours to be exact. We were playing Nekroz mirror matches, and while we came to some astounding conclusions, Brad kept expressing his distaste for the deck. He then pulled out his Sylvan deck and demanded I play him with it. Despite the fact that Brad was playing a less popular deck he had a big smile on his face while playing Sylvan. He was actually enjoying himself and he actually beat me a few times because of Soul Charge’s power to create strong fields. Sylvans are by no means a popular Meta deck right now, but Brad enjoyed playing them and was seeing some success with them. While there is some hype surrounding the Sylvan deck it has not fully risen from the ashes just yet. I told Brad that he should play Sylvan at YCS Chicago because he actually loves the deck and it has enough power to get him a top spot.

YCS Chicago is right around the corner, but before that there’s an ARG Metro Series in Michigan in one week, which is an excellent opportunity to practice with some of your new ban list ideas!

When to Djinn Lock?
Reopening the Sylvan Learning Center
Our Contributors