Preparing for an event

Hello Duelists! This week I'll be telling you guys how I prepare for premier events and what I think some common mistakes are. Let's get right into it!

I've noticed that a lot of players, upon arriving to an event, start making last-minute changes to their deck list. I've never understood this. Why are you changing your deck list? Did you not playtest efficiently? Do you not trust your testing? Do you think the couple of people that you saw playing for fun represent a new trend and thus you must prepare for it by changing your deck list?

It never made sense to me to change your list and put in cards that you haven't tested. Other people may have tested them, but you haven’t. The cards that you have been testing with for a while are usually going to be the better choice because you are familiar with all of your card interactions and how to use them to the fullest.

For example, two days before ARGCS Seattle, my friend Phillip Lerman told me about siding Dynatherium for the Qliphort mirror match, I started testing it instead of the Traptrix Myrmeleo + Time Space Trap Hole engine that I was siding prior. I didn't think it was bad, but the problem was that I had been using Traptrix Myrmeleo for months and already understood how to best use it in the mirror. I didn't have enough time to properly test Dynatherium to discover whether it would be worth running, let alone how to use it properly. So even though Dynatherium was probably the better choice in a vacuum, the better card for the event was definitely Traptrix Myrmeleo because I was already familiar with it. 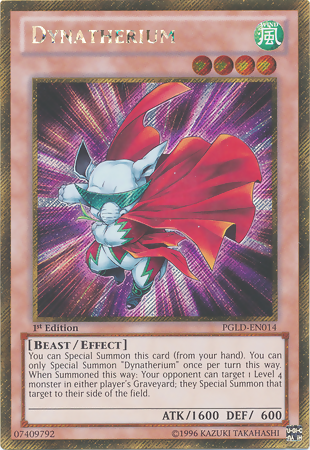 I don't test vs the same group of friends

When you only play against one or two friends, testing can become counterproductive. It can be useful when you’re starting out and learning the deck, but afterward it isn't very helpful. After a certain point you will learn each other's deck lists and be more aware of what cards to play around and which cards you can completely ignore (for example, you know your opponent doesn't play Mirror Force but some people do).  This can lead to you making plays that are correct against your friend but would be incorrect against any other opponent, and such habits can be dangerous.

Your friends also have limited testing schedules, whereas online players are significantly less restricted. There's only so much testing your friends would commit to doing in a day, for a plethora of reasons such as having to go to work, getting bored of playing vs the same deck, etc. However, when you playtest with online players, you gain a lot of advantages that aren't available otherwise such as: You don't know what deck you’re playing against, just like in a real tournament, you can pick the amount of time that you're going to playtest, whether it be 20 hours or 2 hours, and you learn most of the card rulings/interactions associated with all the different decks that you play against.

How I test new cards

I hear this a lot: "Aw man, this card just came out and I need to test it but I don't think I'll draw it enough to know for sure." Just grab a group of your friends who are going to the event and start playtesting. If you need to test out a certain card, tell them you're going to draw 4 cards and your 5th card will be the one that you are attempting to test. Keep doing this and you'll get the answer you seek very quickly. I would also recommend switching off going first and second as opposed to the loser of the last game gets to pick. Of course, keep in mind that this is only useful to determine how to use the card.  In a tournament environment you won’t be drawing that card in every opening hand.  If you have enough time, you should definitely playtest normally (without specifically putting cards into your opening hand).

Know what your siding in /out

Just playing a bunch of game 1's doesn't really help any of the players. You should always play matches when testing since when you're in a tournament you will always be playing matches.

Since more than half of your games will be post-siding, knowing what you’re siding in and out for each matchup is very important.  Not only will this save you a lot of time and prevent you from going into end-of-match procedures as often, but it’ll also stop you from making mistakes when siding during the actual tournament.  I recommend writing a list for each common matchup and memorizing it prior to any event.

I think there is absolutely no need to test with a timer. Most of your testing should be done untimed.  This will let you work out the best plays given your most common hands without any pressure, and then after a significant amount of playtesting, you will be able to play with whatever hands you have very quickly.  By the time you’re at an event, you should already be familiar with your most common lines of play given any opening hand.  The same should be true for any deck you face – you should usually know what their ending field will look like if they’re going first based on the plays they make/reads you are making , and you should know what plays you should be making to deal with it.

After you’ve done sufficient untimed testing, you can take the deck to a locals or time your own games to make sure you’re not taking too long. Odds are that you will be playing pretty fast and won't go into time very much since you will have gotten very used to the deck and will be able to navigate your decision trees pretty quickly.
That's all for this week's article! Thanks to Gabe Golob for giving me the idea for the article, if you'd like to see me write about a certain topic feel free to message me on Facebook. The Circuit Series stops by Orlando, Florida next, I hope to see you all there!

Evaluating Snatch Steal
2014: A Year In Reflection
Our Contributors