YCS Providence has come and gone this year and I decided not to play in the main event. I went to the event to see the voice actor and to wish Dan Greene the best of luck with everything he has gone through. At this event I got the chance to talk with many gadget players and pick up on some of the tech they were using for the weekend.

Grandsoil was a trend that I got to start at YCS Indy this year. Grandsoil provides gadgets with a boss monster that creates a “win more” situation. The main issue the card has is that gadgets do not have easy graveyard manipulation outside of pot of avarice. Even with this card once we get to Grandsoil late game the card can become dead. The only other use for Grandsoil outside of his “win more” usefulness is that he allows me to combo it with Tragoedia to steal my opponents monsters. Grandsoil was good for a time but it would appear that he has begun to hit the way side in terms of players opting to play him.

For this event I decided to take Grandsoil out of the main and to put in Mind Control after listening to what Justin Delhon had to say about the card. Mind control allows you to move threats out of the way and to push for game. This is the obvious maneuver I used the most during this weekend. The second function is to take the opponents monster and to use it as an XYZ material. This allows my gadgets and my opponents geargias to become one in a usually devastating move against geargia players. The third function is rare but I can take my opponents Utopia and 5/6 Rank XYZ’s and use Utopia Ray and Gaia Charger. Mind control is currently growing on me for its versatility and it can make any bad situation into a good one.

From One to Two 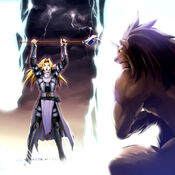 Double summon has been a controversial card since the days of the 6 vs 9 debate. With 9 gadgets double summon allows you to “bypass” Effect Veiler since you can just summon yet another gadget and go into Gear Gigant X. To me this move is subpar in a way. Yes, it does net you major advantage but it does not allow for defense. Gear Gigant X does have a 2300 Attack body but this can be easily overlooked by some of todays better monsters. In some cases if you decided to use Bottomless instead of Double Summon you are still achieving the same result just one turn behind but you insured your opponents play was stopped. Double summon is up to the user but in my eyes it is not worth it.

Maxx C has become the norm for gadget players now. Effect veiler only allows you to stop one threat and is not a necessary stop to your opponents push for game. Maxx C on the other hand combined with Tragoedia and Gorz can insure that you are safe from your opponents push for game. Gorz and Tragoedia also have built in answers to dealing with what your opponent has already put on the board. To me I feel Maxx C is way better and it is a tin promo in just a few short days.

Gadgets are always changing and that’s what I love most about the deck. As every new set comes out the deck has to adapt to keep up with the meta. We are just one week away from the release of Gagaga Gunman which will once again change the way Gadget players play this game. Always think outside the box and do not be confined to the choices that you make. No one is telling you your wrong but always be ready to defend your choices.

Please if you want to read more gadget articles from me please leave a comment on this article and tell what you would like to hear and maybe even what you thought about this article.

Till Next Time Guys