Remember being in elementary school when something was super cool one week, but then lame the next? The kids that stayed ahead of the rest always knew what was going to be the next hot topic, which automatically created a batch of kids that would follow the “cool” kids’ example. There will always be people who are leaders, and people who are followers. Which are you?

“Woah! what are you guys playing?”

“Oh you know, just playing some Four Square with the squad”

Each week for the past few months there have been popular card choices fading in and out of popularity, which evidently made other cards more popular as a result. YCS Bochum was the first event where Bull Blader was used in Nekroz to out the Djinn lock, but what about D.D. Warrior Lady? Wasn’t D.D. Warrior Lady supposed to be the best solution to the Djinn? 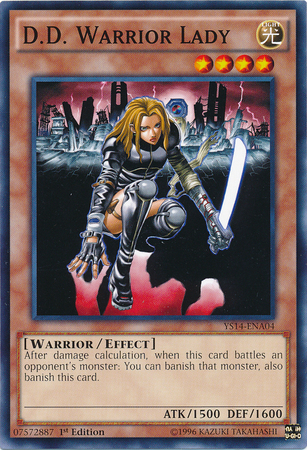 As Warrior Lady became a solidified Djinn out, Nekroz players began to side in Artifact Lancea to prevent their Djinn’d monster from being banished (obviously Lancea protects you from Trishula too). This is very understandable, but since Warrior Lady was popular it was predictable and easy to side against, which meant it was time for a new “fad” to be instated.

If Nekroz players were to side in Lancea to ensure the security of their Djinn lock, then why not use a different monster to out the lock that isn’t halted by Artifact Lancea? Players began to use Bull Blader, because he avoids Artifact Lancea and you can follow up with a Djinn lock of your own! Since Bull Blader doesn’t leave the field when he outs the Djinn, you will have a level four monster to help tutor your Djinn play. 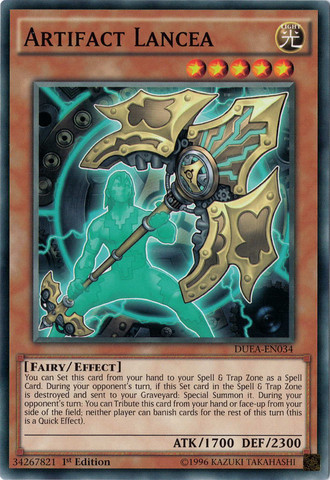 Everyone’s doing it, so it must be the best solution to the Djinn, right? Since hardly any Nekroz players use Gungnir anymore, it makes perfect sense to play a Djinn out that is only solved by Gungnir. Without Gungnir, Dark Hole and Raigeki become exponentially better cards in the mirror match as well, but who’s to say that the next event will be a replica of the previous one. Perhaps Gungnir will see a resurgence of play because of Bull Blader’s new popularity?

Can you imagine playing in an event that showcased the same tech cards as the last? That wouldn’t make too much sense, because tech cards are more ideal when they aren’t expected. At YCS Chicago Patrick Hoban used Solemn Scolding to prevent his opponents from using any card to out his Djinn lock, which proved to be a very effective strategy as he placed in the top cut of that event. Following the conclusion of YCS Chicago Solemn Scolding became the popular card to use, which prompted players to move Mystical Space Typhoon back into the main deck. Now that Scolding is popular, it’s quite easy to use it to your advantage, after all 3000 life points is quite the hefty cost! I saw quite a few players exhibit this last weekend. 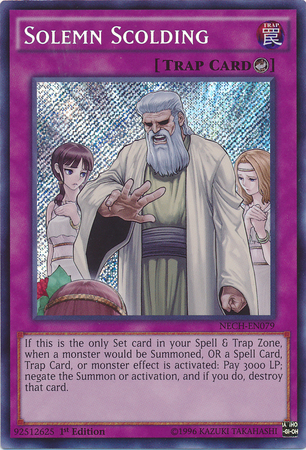 Numerous times on the stream at ARGCS Richmond, I saw players wait to out the Djinn until they had two solutions to the lock. By doing this, they dropped their opponent’s life points down into a lethal zone, which allowed them to easily make game pushes every turn with Valkyrus and Unicore combos.

Since Nekroz is the best deck, it’s only natural that the remaining meta decks do what they can to cope with the immense power that Nekroz display. Shaddoll players have resorted to main decking Mistake because it can prove to be an autowin against Nekroz if it goes unanswered. Satellarknights have resorted to quite a few different strategies when dealing with Nekroz. The most popular solution for Satellarknight players has been Anti-Spell Fragrance (ASF). ASF is particularly powerful in Satellarknights because they can lock a Nekroz player out of their spells for the rest of the game, which occurs because of Satellarknight Triverr’s ability to constantly return every other card on the field to the owner’s hand. 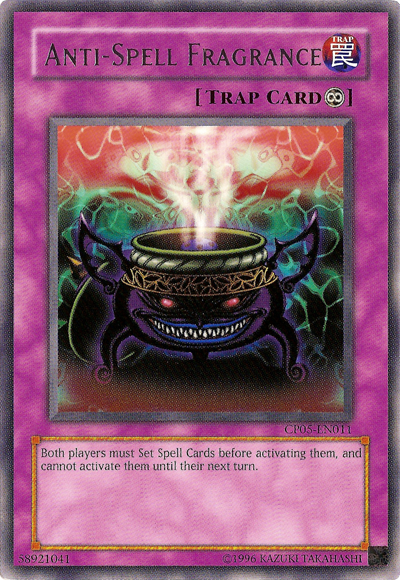 “Will Spell Canceller ever lose popularity?”

Of course it will, nothing ever peaks and remains high up on the totem pole forever! Good players will always adapt to whatever is popular and maneuver their way to a victory if everyone just keeps doing the same thing over and over. The new set, Crossed Souls, is providing Nekroz players with a solid solution to Spell Canceller, and Anti-Spell Fragrance in the form of Zefrasaber, Swordmaster of the Nekroz.

Zefrasaber, Swordmaster of the Nekroz is a 1 scale Pendulum monster that reads The key here is that Swordmaster of the Nekroz allows you to ritual summon without actually having one of the Nekroz ritual spells! Nekroz Swordmaster has yet to become a new popular tech card, but he definitely has potential to climb the totem pole of popularity!

Since Nekroz players don’t even have the option to play Swordmaster at the moment, they have primarily resorted to using Royal Decree, Denko Sekka, and more spell and trap removal cards to deal with the various floodgates that are being side decked against them. Since Denko Sekka has risen in popularity again, players have begun to shotgun their floodgates instead of waiting to use them. This makes perfect sense because if Mistake is facedown, it’s better to just flip it before Denko Sekka locks it out of the game. It’s not like the Nekroz player wasn’t going to try and search that turn. The only thing instantly flipping Mistake does is take away the plus one you would receive if they discarded a Nekroz monster to search and you chained the Mistake to the activation.

The reason I used Nekroz as the main focal point of this article is because the deck can play such a multitude of cards, which means the cards that are played in the deck can be ever changing. Each event the Nekroz tech cards have been more or less different, which means that it’s very important explore new tech options that aren’t on the radar (if any more exist). The very first time I played Nekroz I used two Trishulas, Decisive Armor, and Gungnir, which seems insane if you look at the ratios the current Nekroz decks are using. Most decks have completely cut Decisive Armor and Gungnir, but multiple copies of Trishula have become quite relevant due to Effect Veiler’s prominence in the current metagame. Gungnir and Decisive Armor are certainly not bad cards, but they contribute to brick hands, and aren’t always the most optimal in the mirror match; obviously Gungnir could potentially become more relevant as the preferred Djinn outs alternate event after event. 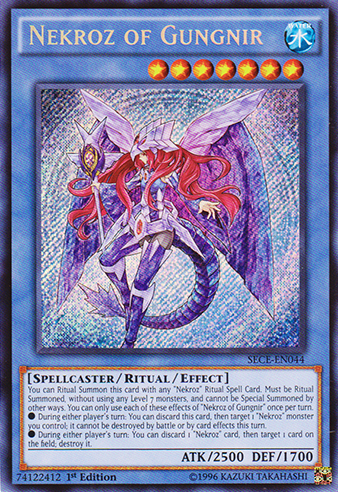 As the 150th YCS vastly approaches, I sincerely hope you all are hard at work testing and exploring new tech choice for whatever deck you choose to take. Don’t forget to take the new Crossed Souls set into account when looking for new cards to play because there are certainly a lot of awesome new cards to look forward to! Next week I will go more in depth on the seemingly obvious good cards, as well as some of the hidden gems in the set! That’s all for this week, I hope you enjoyed and if you have any subjects you would like me to write about feel free to send me a message on Facebook, and as always Play Hard or Go Home!