The End of an Era

You are here: Home / The End of an Era
Categories: Featured YuGiOh! Articles, Rosty Elkun
by Rosty Elkun

Hello Duelists! As I'm sure all of you know, the April 1st Forbidden and Limited list was announced last week, and like always it's the talk of the community. For the second time in a row, I chose to write about a deck that I had tested for quite a while and post an article about that deck, and then the banlist got released and made that deck completely irrelevant (First Artifact Satellarknight, and now Dragon Rulers). I'm hoping this won't become a recurring thing. But now onto this week's article. I'll be discussing the Forbidden and Limited list and the changes that it will bring to the current game.

For those of you who haven't seen the new Forbidden and Limited list, here's a link to it: http://www.yugioh-card.com/en/limited/

Let's start with the cards that were Forbidden

Tempest, Blaster, Redox and Tidal - I think that the Dragon Rulers were some of the strongest cards in the game’s history and them being gone now of all times is quite upsetting because I know there are a lot of duelists who planned on using the Dark Matter deck at YCS Chicago. That will no longer be a possibility since the Dragon Rulers are gone. If we were to look at the long run, however, this is probably a positive change because of the new Red Eyes cards that will soon be released.

Snatch Steal - This card’s time here with us was short lived.  It was limited to one on the previous list and now it is once again forbidden. I for one am very happy that this card is no longer playable and do not think that it should have been limited in the first place, even though it doesn’t have much of a place in the current and next format. When using Nekroz, it’s not a good card in the mirror since your opponent usually won't have anything on their field because they are trying to avoid getting Trish’d. In the Burning Abyss mirror it’s just a slightly better version of Enemy Controller so I don't think it has much impact there. In the Satellarknight mirror, this card isn't ever really a blowout. I definitely wouldn't side it out but I also don’t think its very amazing. The only mirror match where this card was a complete blowout was the Qliphort mirror. I hated when my opponent had this card, it was an absolute blowout, and it got so bad that I started asking to side it out games 2 and 3 because of how much it ruined the mirror match. So as a Qliphort player I’m very happy that this card is gone, but unfortunately Qliphort got hit so hard on the banlist that I don't think we’ll be seeing much of them anymore. I don't think this card will be missed.

Now lets move on to the cards that were limited.

Tour Guide From The Underworld - I have talked to some Burning Abyss players about this and they've been telling me that yeah it sucks Tour Guide got hit to 1, but they don't think that it will matter too much or even significantly cripple the deck. I personally believe that Tour Guide made the Burning Abyss deck as good as it was, given how necessary it was to set up turn 1 Double Dante fields, but the coming events may prove me wrong.

Preparation of Rites - The TCG seems to be following in the footsteps of the OCG regarding this change. Konami is following the pattern of hitting generic searchers first (though they left Manju and Senju untouched).  While this hit does impact the consistency of Nekroz, the deck will still follow much the same gameplan and should still be the best deck.

Skill Drain and Vanity's Emptiness - This was probably the nail in the coffin for Qliphort, these cards were really the only significant obstacles when it came to Nekroz dominating the meta. Now that they're limited I can't imagine Qliphort (Or any other deck) being able to keep up with Nekroz.

Saqlifice - This hurts Qliphort a lot, because it has taken out one of their main strategies when playing against anything that isn't Nekroz: Storm. They can no longer tutor Scout as easily, nor can they set up difficult-to-break boards with unkillable monsters.

Crush Card Virus - This is a very strong card when playing against Nekroz, since it hits everything but Manju/Senju/Shrit and Claus. If played at the right time it can be an absolute blowout. As of right now, the only viable deck that I think can play it would be Burning Abyss but I don't know how crippled 1 Tour Guide makes them since I haven’t tested vs them enough yet.

Dragon’s Ravine - Now that the Dragon Rulers are banned I’m glad this card came back, although as of right now the only deck that can really benefit from it is Dragunity and with only 1 copy I don't think Dragunity will be doing much. Looking ahead, I believe that the Red-eyes deck can greatly benefit from this card (although they might not even use it, I’m not sure yet because we don't know all the cards from that archetype).

Sinister Serpent, Temple of the Kings, Exchange of the Spirit - I’m pretty sure these cards can all go to 3, I don't think they’ll do anything in this format.

Symbol of Heritage - Beyond destroying degenerate FTK loops involving this card, the only current reason for its hit was the removal of Lonefire Blossom from the list entirely.  It’s possible that it’s also a preemptive hit to prevent things from getting out of hand in future archtypes.  If you have any other ideas as to why this card may have been hit, please feel free to comment!

Now lets get to cards that were Semi- Limited

Qliphort Scout - Along with the limiting of Saqlifice, the semi-limiting of Scout further reduced Qliport’s consistency (though not their primary gameplan).  Oddly, this is probably a less relevant hit than Saqlifice, simply due to the existence of Summoner’s Art, but it’s just one more thing that means Qliphorts won’t be keeping up with Nekroz next format.

Nekroz of Brionac - Another hit in the spirit of Preparation of the Rites.  This hit means that Nekroz will have to manage their resources more carefully, but won’t do much to knock them from the top spot.  This and Preparation were the extent of the hits to Nekroz on this list - unlike in the OCG, the TCG seems prepared to let Nekroz run around for another format largely unhindered.

The cards that I think are irrelevant that were Semi-Limited

Legendary Six Samurai Shi en, Charge of the Light Brigade, Sacred Sword of Seven Stars - I don't think that Samurai or Lightsworns can do well in this format so I believe these changes won't make much of a difference. That said, if Infernoids get enough support in the next set Charge of the Light Brigade may prove to be a very relevant card. Sacred Sword of Seven Stars won't do anything until the new Red-Eyes cards get released, and even then, it may not see much play. 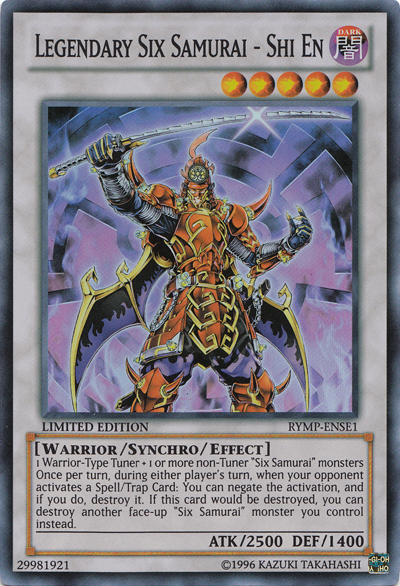 Lonefire Blossom - One of the only cards taken off the list that I don't think is irrelevant. With Sylvans getting support in the Premium Gold set I know some players wanted to use them again, and a 3rd Lonefire only helps them, so don't be surprised if you guys see some more Sylvans around.  That said, with only 1 Soul Charge, the deck probably won’t be very competitive. 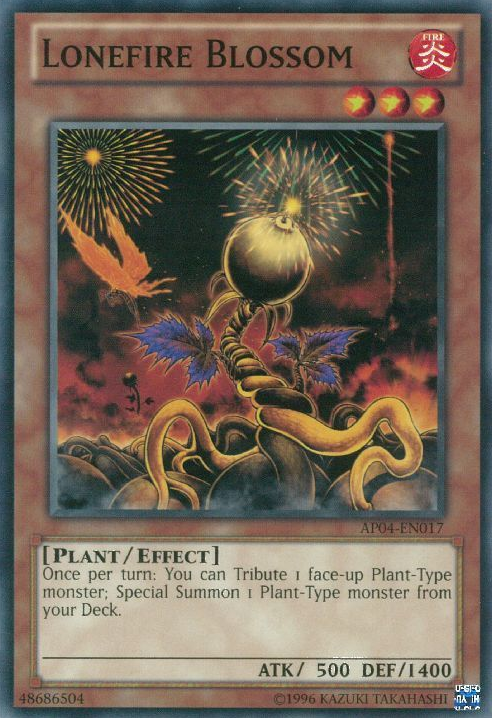 Brotherhood of the Fire Fist - Spirit - I don't think that Fire Fists will do much this format but it is still cool to have the 3/3.5 Axis deck at something resembling its full power.

Cards that I think are Irrelevant changes

Burner, Lightning, Reactan, Stream, Gorz, Goyo, Hieratic Seal of Convocation, Bestiari - The baby dragons don't really do anything without the Dragon Rulers so this doesn't affect anything.

Nobody really uses Gorz at 2, so him being at 3 won't make much of a difference.

Nobody really uses more than 1 Goyo, so I don't think him being at 3 will matter much.

Last but not least, Gladiator Beast Bestiari. Players have been waiting for this card to come off the list for years, but with the existence of Nekroz of Valyrus, this format doesn’t seem promising as a GB format.

That's all for this week's article! What changes did you guys like and dislike on the Forbidden and Limited list this time around? If you'd like to see me write about a certain topic feel free to message me on Facebook. The Circuit Series stops by Richmond, VA next on May 2-3! And As Always Play Hard or Go Home!