Hello again, Duelists! Welcome back to The Scoop! This is the realest Yu-Gi-Oh! News Report that you'll find, and of course it's right here on ARG!

The 150th YCS has concluded and TJ Kinsley has reigned victorious piloting Nekroz! Not only did he win the event, he did not lose a single match the entire event. I had the pleasure of playing TJ as an undefeated during Swiss Rounds, and after a fantastic 3-game match, I can absolutely say that he was very prepared and deserving of his victory. Also, a huge congratulations to fellow ARG Writer Max Reynolds for making Top 8!

Let's face it, this event was far from perfect and had high expectations set on it from its very announcement. This event did NOT live up to those expectations, but the effort to do so was at least somewhat noticeable. Some may not have noticed the small details that are being spoken of, so let's lay them out: 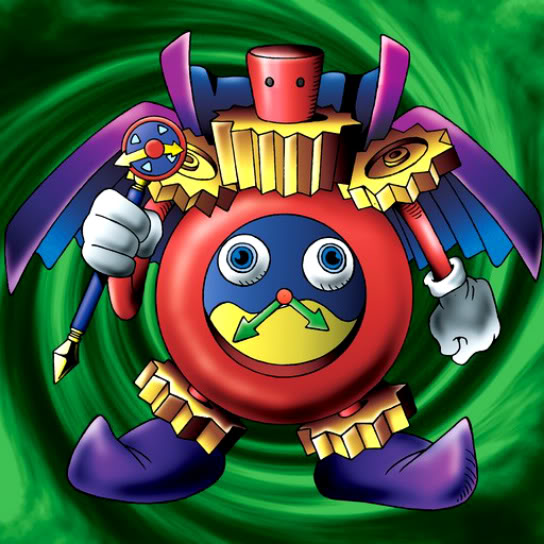 This was a perfect example of a couple of things: How slow this format is, and how relaxed the staff seemed to be about moving along at a faster pace.  The average wait time in between each round after time had been called was about 38-40 minutes. That's another entire round in between rounds. For there to be nine rounds in day one of the event, and have to wait forty minutes in between each round means effectively sitting through seventeen rounds worth of time which, to me, is absolutely absurd. I'm very certain that plenty of matches went into time, as a number of my matches went into time with only one game being played sometimes. It was a grind fest, and that has not gone overlooked. But what we're talking about here is the lack of emphasis on playing at a more reasonable pace, even when time had already been called in the round. Couple that lapse in awareness with the inability to deliberate on penalties and decisions that may have been occurring in between rounds and you've got yourself an event that lasted a couple hours longer than it actually needed to. That's an issue in my book. 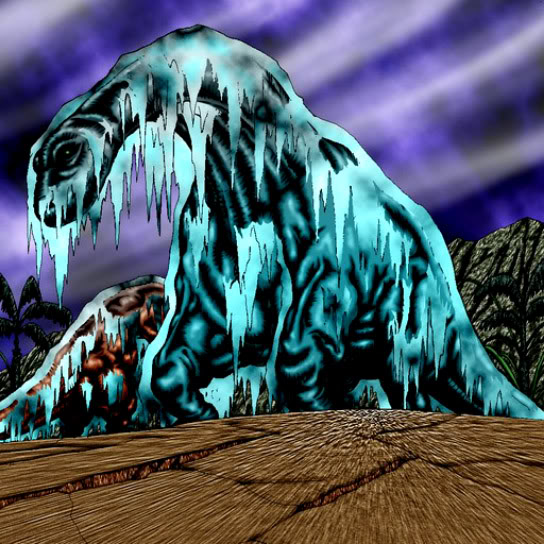 For those of you who have been living under a rock since about November of 2013, Arendelle is the name of the town that the Disney movie Frozen takes place in. That building was about as cold as the snowed-over city from the movie! Look, we all know that the temperature at Yu-Gi-Oh events, if not properly controlled, can turn a very large room into a very large, smelly,  sauna. There have been events that have been downright sticky on the inside. I assume the staff and the members of the convention center staff took note of that and decided to give the air conditioning everything it had. Everyone can appreciate the effort, I'm sure, but it was absolutely freezing in that room. I'm not usually one to get cold very fast, but I caught myself shivering multiple times during my matches and when I was sedentary in between rounds in the room. While it is true that you can't always please everyone, you shouldn't attempt to freeze everyone! 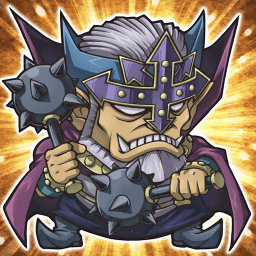 Inconsistencies In Rulings And Penalties

I spoke earlier about the lack of emphasis on maintaining a reasonable pace of play. Well, I saw plenty of individuals handed out warnings for slowly play, but I seldom saw those warnings being handed out when someone was actually slow playing. It seemed as if a judge stopped to watch your match for more than a minute and a half, if your turn was not over, you were being handed a slow play warning. I've been on both ends of the judge shirt before and I know it's very difficult to pinpoint an absolute time in which you can constitute a turn as being "played slow", but some of the penalties I saw were absurd. In round 11, I was handed a slow play warning after simply searching for a Ritual Spell, activating it, and then picking up my deck to search via Shurit, Strategist of the Nekroz. This warning was issued at the moment I picked up my deck, mind you. It was not issued as a result of me taking my sweet time to search for one of three possible Shurit targets. My opponent was subsequently given a slow play warning the very next turn for a very similar play, which we both disagreed with on the two accounts. In any case, the players around us were absolutely playing slow and trying to push their records to X-1-1 by way of intentional draw, and those games seemed to garner no attention, even with the slow play being absolutely obvious. On top of that, it was justified by one of the higher tier judges that it is merely a "slap on the wrist" and "mainly harmless penalty". Well yes it is until the judge with the stopwatch happens to walk by me twice and it then gets upgraded into a game loss. That's a bit more than just a slap on the wrist, good sir! Alas, I digress... 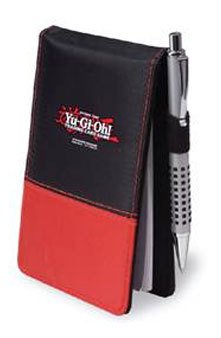 Streaming has been one of the elephants in the room at each of the prior North American YCS events. Why do the European events stream via Twitch? Why does ARG stream its Circut Series events via Twitch? What's stopping KDE - North American from also taking to the internet to bring those who were unable to attend the event live coverage? No one outside of those with tight bonds rooted in KDE knew the ACTUAL answer. But now we all know the answer: "It's completely plausible, we just don't do it." It was refreshing to be able to watch the last few rounds of the YCS top cut while in the car on the way home. Who didn't want to see TJ Kinsley call Valkyrus with a blind, but educated, Mind Crush to basically win the game and get himself back in position to take the title? I know I'm glad I was able to watch it, as that's a very memorable moment in YCS finals history as of late, seeing as how a lot of the cards that have been played in recent YCS finals have been rather unfamiliar and basic in interaction. Those matches are much less interesting to watch than those that involve the actual decks that players put their time and work into in able to get to the finals. Make no mistake, draft is very skillful and I absolutely enjoy drafting, but we all know that in the finals, that exact type of match that we got to see was EXACTLY what we all crave. Nevertheless, its a positive that Konami took to the internet by way of video for the first time in North America since the last WCQ. Hopefully we'll see it in future events. In the mean time, ARG has a Twitch channel right here if you'd like to subscribe and see matches of Circut Series past!

All in all, the event was a good one. It has a fair turnout and there was plenty of fun to be had and awesome games played. Of course it will burden its share of complaints, because if no one complains then nothing gets fixed. I'm happy to say, though, that we, as a player base, have something to look forward to in terms of the progression of the game with respect to smoothness, excitement, and accessibility. 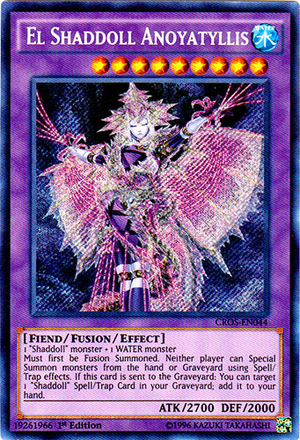 A couple of weeks ago, The Scoop asked the question "Is switching correct", in which I answered "no" in a few more words than that. The aftermath of this YCS proved that answer to be the correct one as not a single Shaddoll variant made it into the Top 32 cut of Columbus. The deck did alright to begin with and had some staggering numbers behind it, but in the end the onslaught of Nekroz and the resurgence of Qliphort with the addition of another floodgate in the form of Lose 1 Turn proved to be too much for the deck to withstand. It was just too underwhelming and it didn't make the cut for that very reason. How do you all think this will affect the format going into Nationals? Is it now time to abandon Shaddoll in favor of decks that are less heavily reliant on the number of pieces Shaddolls need to be consistently successful? Or are you still convinced that the deck is playable on at an almost-elite level? Let me know below! 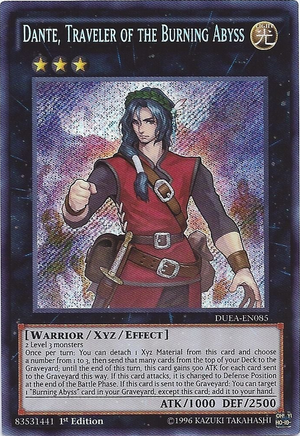 Dante, our good friend, we see that you have not completed your pilgrimage through the game of Yu-Gi-Oh, but that you are, in fact, still a young traveler my boy! Burning Abyss was able to perform much better than originally anticipated in this event, taking up the second most spots in the Top 32! None of those decks, however, played the newer Dante, Pilgrim of the Burning Abyss. This is yet another point that I made in a previous post in regards to its play-ability and effectiveness in the current meta, which is as close to zero as possible. In any case, we saw the archetype make a resurgence with its trap heavy lineup and recursive engine without help from the largest monster the archetype has to its name. Keep on traveling, Dante!

That is it for The Scoop for the week ladies and gents! Thanks so much for reading and I hope to see your feedback! As always, if you have news you'd like to see investigated or people you'd like to see interviewed, drop it in the comments and I'll make my absolute best efforts to bring it all right here to you! Until next time, Play Hard or Go Home!