Hello players, to another Vanguard article. I apologize for the long drought of no Vanguard articles on the site as personal life took over most of my attention from being able to post. But after this long personal leave, I will aim to post more articles every other week when possible. 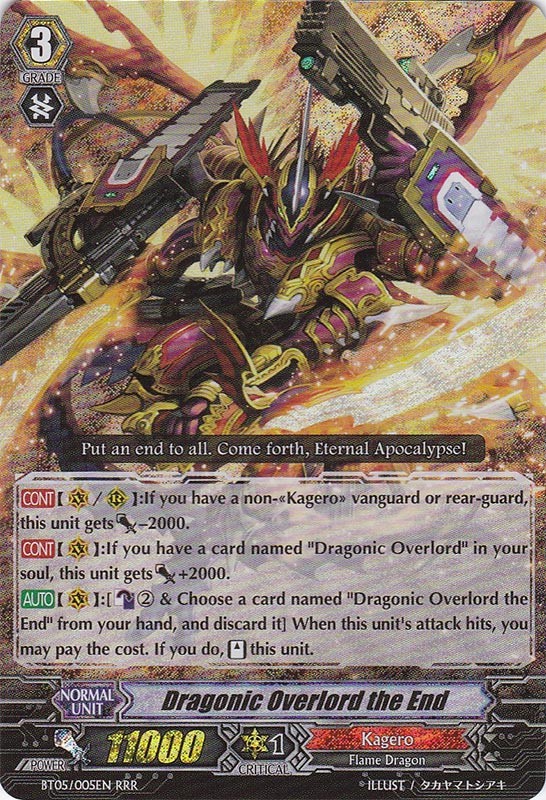 The current meta of Vanguard has begun to change shape once again now with the latest World Championship Regionals taking place in different parts of North America, Europe, and Asia-Oceania. With Booster Set 5: Awakening of Twin Blades setting a high standard with cards such as [ccProd]Dragonic Overlord the End[/ccProd] and [ccProd]Majesty Lord Blaster[/ccProd], the latest booster set, Set 9: Clash of Knights and Dragons, released crossrides for Ezel, Vermillion, and Maelstrom to potentially compete against the possibility of facing a static 12k/13k vanguard with their strong but costly Limit Break 5 effects; particularly [ccProd]Blue Storm Supreme Dragon, Glory Maelstrom[/ccProd] as an example. This crossride format was seen during the Stand Up Challenge and Team League where the topping decks were a combination of either Royal Paladin, Kagero, Gold Paladin, Narukami, or Aqua Force decks that used the crossride in the deck.

These cards set up the crossride meta as Dragonic Overlord the End leading the forefront, as other decks tried to generate enough advantage to overcome the impending pressure Dragonic Overlord the End created, along with the retiring skills granted from the Kagero clan. But the release of Extra Booster 6: Dazzling Divas and the upcoming trial decks and booster sets introduce a new mechanic into the game: Break Rides.

For those that are not familiar with the term, a 'Break Ride' is basically a grade 3 unit that has a Limit Break 4 ability that triggers when another grade 3 of the same clan rides over it. Each break ride gives the new vanguard +10k power and/or +1 Critical while also possibly granting an additional effect, such as giving the vanguard an additional effect or affecting the field or player in some way. It acts as an alternative crossride for every clan, as you are re-riding a grade 3 over a grade 3 and gain a benefit from doing so to make up for the minus from re-riding. The only down side is having to wait until you have four damage in order for the break ride to be active and your opponent potentially stalling it out by keeping you at three damage by attacking your front row rearguards or psyche you out with simple vanguard attacks to draw out unnecessary shield. 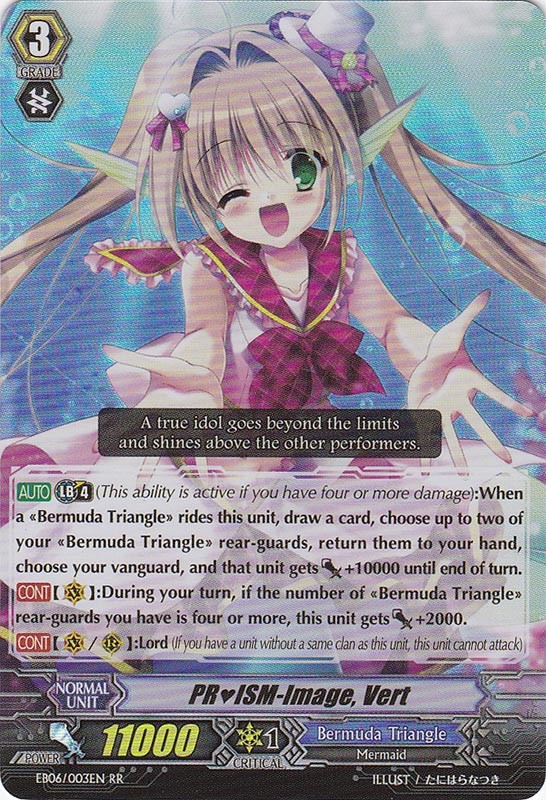 Now, why is this 'break ride' mechanic going to be a big factor towards the meta? Well, the basic reason is that the break rides act as a turnaround to try and to get you in a better position than your opponent from the break ride's bonuses. Two small benefits from the break ride units include having 11k power and also having effects to allow them to attack vanguards for 13k. The main reason, however, is how the break rides can generate combos with the clan's overall playstyle. For example, a part of [ccProd]PR♥ISM Image, Vert[/ccProd]'s break ride effect allows you to return up to two Bermuda Triangle units back to your hand. This works well with Bermuda's playstyle of returning units back to hand for their bouncing and on-call effects to generate hand advantage and field fixing. There's also the benefit of being able to ride a break ride over a break ride for little cost and easy advantage. The other break rides coming out work similarly with their perspective clans and offer the player means to help shift the game in their favor. 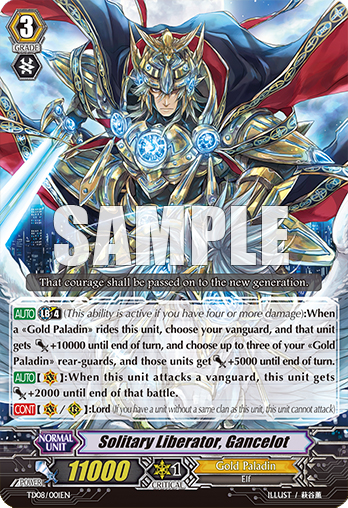 As of now, Bermuda Triangle is the only clan that has its break ride available with Gold Paladin and Narukami's break rides coming out on October 4th, and others in the upcoming sets. For right now, Bermuda hasn't topped many of the regionals as of now, only topping in Hawaii and Seattle currently, but have seen a large amount of appearances in the regionals because of the break ride. Once the new trial decks come out, I can expect that there will be a surge of Gold Paladin decks at regionals that will splash the Gold Paladin break ride, Solitary Liberator, Gancelot, into [ccProd]Blazing Lion, Platina Ezel[/ccProd] or Great Silver Wolf, Garmore focused decks. The Narukami break ride may not see as much play just yet, what with [ccProd]Dragonic Kaiser Vermillion "THE BLOOD"[/ccProd] doing just fine without it. This may change when Set 11: Seal Dragons Unleashed comes out with new Narukami support.

Hey there! I've been a card game player almost for as long as I've been playing video games since the golden years of childhood around the age of 8, only having a small falling out during high school to rebound back once I entered college. Since then, I began to play competitively and strived to learn all the ins-and-outs of the deck(s) I own so I can be prepared to handle any obstacle that comes my way. I played Yu-Gi-Oh! for almost 4-5 years and Cardfight!! Vanguard for approximately 2 years, along with having knowledge of Magic: The Gathering. Every time a new set comes out for Yugioh and/or Vanguard, it's a new experience for me to strengthen my skills as a player and enjoy the excitement and fun that made me first enter the game.