Triumph Of The Unreal – DN

After my last article, some players questioned the wisdom of testing on DN because, in their experience, many players on DN were not very good. I shall endeavour to explain how and why DN is useful for playtesting.

Dueling network is a flash website that allows you to play Yugioh with your friends, play vs random people without ever having to leave your house. The best part? It's all free! You don't have to pay for a deck and you can have as many decks as you want!
How to properly playtest
The most important part of playtesting on DN is making sure that you are playing matches, not singles. Over 50% of your games are going to be sided games at an event, so why would you test solely unsided? Beyond this, you need to try to achieve a fairly decent rating to make sure that you are playing against decent players running meta decks, so that you get an accurate estimation of how you and your deck perform against decks that you might expect to see at an event. It will take a few hours grinding at low rating to get to this point, playing against players who think that MST negates, or playing vs players who just quit is an unfortunate necessity to get your rating up but in the end, even though it is very irritating, it’s worth it. Keep in mind you only have to grind once every format (and that's after the rating gets reset at the beginning of each format) but it's easier to grind at the beginning of a format because everybody else is grinding so you will play vs meta decks.

You've got an ARGCS visiting your hometown in 2 months and you're stuck deciding between 4 different decks but how do you figure out which deck is the best? Let's say that you’ve escaped the range of casual players and have advanced to the decent players and are at an admirable rating of 1400. You start using deck number 1 for a week and you devote a couple of hours each day. At the end of the week you notice that your rating is now 1200. Now you switch decks and at the end of the week you’re at 1637 rating which is much higher than where you were before. You do the same thing during weeks 3 and 4 using decks 3 and 4 and you noticed that deck number 2 gave you the highest rating and after thinking about it you decide that deck number 2 is probably the best choice for the ARGCS. This is a decent way to simplify your decision. Remember we all have a losing streak from time to time, but it doesn't mean that you toss the deck aside and don't use it again. Don't let a losing streak affect you, we all have them and even though they are irritating you should learn from why you lost. If you're constantly going on losing streaks then odds are you're either doing something wrong or the deck choice is wrong.

What do I do now?
For the next month you should probably only use the deck that you plan on using at the ARGCS. Find it's best matchups and find the decks that you are struggling to beat. Discover the best possible build that you can, make sure your deck is the best in the room. (The DN meta is generally very accurate in representing the top tables of premier level events once you pass the casual players, unless there is a new blowout deck that nobody expected. Ex: At ARG Milwaukee both Edward Lee and Jeff Jones topped using a very similar build of Sylvans and not many people used Sylvans very competitively before that.) 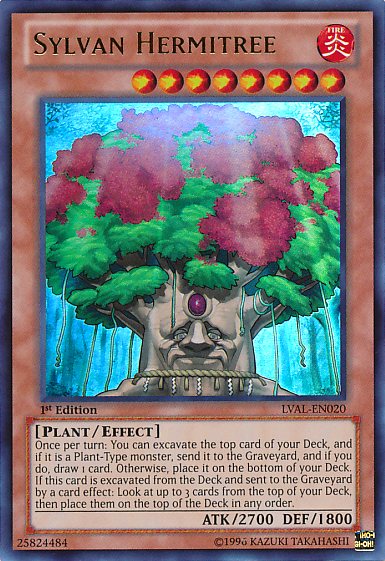 But I can just go to locals and get the same testing right...?

Wrong. DN is better than locals for several reasons. Once you’ve achieved a decent rating, nearly everybody you play on DN will be using what they believe is the best deck, as money is not an issue. Additionally, at locals, after round 1 everybody knows what everybody else is playing; at an ARGCS, odds are that you won't know what your opponent is using until the first card is played (excluding top cut). It is pretty much the same on DN since you get randomly paired up with an opponent and have no clue what they're playing.

A somewhat less relevant but nonetheless plausible situation occurs when your opponent has an opportunity to make a Number 106: Giant Hand. Most players don't have this card and your opponent makes another xyz instead. At an ARGCS, however, many competitive players will have a Number 106: Giant Hand and would have summoned it in that scenario and you may have lost. You need to be prepared for cards like this and how game changing they could be. DN allows everybody to use up to 3 Number 106: Giant hands in their extra deck if they were to so choose, and the competitive players who have them do use them! You need to be prepared if you plan on winning. 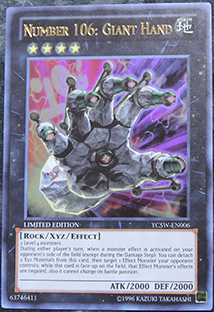 Still need more motivation?!
Let's say that wasn't enough to motivate you. There's also a fun cat and mouse type chase to get to 1st place and be the best on DN. How is the best determined? At the end of every format the player with the most rating points is deemed the best. Generally players with 1600+ rating (an approximation depending on format, and how far the format has progressed) are pretty good players, but what does this mean for you? These players are generally the players that you will see at the top tables of an ARGCS and this is amazing for testing because once you're playing against very good players in real life you will already be aware of what they're doing and can make more accurate reads of their backrow and plays next turn.

You can be ahead of the game before the cards are even released!

You know how there's always that one guy who is always dominating locals the day a set gets released? You ever wonder how he does it; how he knows the deck better than everybody else? Well, a very likely possibility is that he has used the deck on DN. DN has an awesome feature that allows you to play using OCG cards (even in Rated!). This allows you to stay far ahead of the curve by practicing with a deck that’s not yet been released in the TCG. Then, when a set is released right before an event, you can be assured that you’ll be one of the few people in the room who has mastered the deck. DN even puts new sets in their card database early if the cards weren’t in the OCG previously so you can playtest using those never before seen cards too! Though you can't play for rating, you can test privately against your friends and against others trying to master the new cards.

Prevents going into time as much

Another thing that DN helps with is proper time management. "Dude, DN is untimed; how could it possibly help you NOT go into time?!" Yes, DN is indeed untimed and that's one of the best parts about it! You can take as much time as you need to think through all your plays and come up with the best possible play. This helps you learn your card interactions correctly because you aren't rushed to make plays. After playing with the deck on DN for a while you'll learn most if not all your card interactions and will be able to determine the best play almost instantaneously. When you're playing in real life you'll be able to make your plays quickly, efficiently, and best of all they'll be the best play too! This will help you to not go into time because you'll be able to make plays right after seeing your hand. It also will allow you to figure out your opponent’s plays depending on how much you've playtested against their deck and thus can make your plays quickly next turn because you already knew what their ending field was even before they did!

That's it for this week's article! If you'd like to see me write about a certain topic feel free to message me on Facebook. The Circuit Series stops by Indianapolis, IN next on September 20-21.

Noah’s Arc
The Problems with Shaddolls
Our Contributors