What’s Next For Battlin’ Boxers?

Hey Yugioh Community! Chad here, again with another Battlin' Boxer article. Last time, I covered what the archetype is meant to do and how they do it, and at the end, I briefly mentioned that they were getting more support in the upcoming set Shadow Specters. Well, that's the topic for this article....the  new support. Anyways, let's just begin with the effect monsters.

First up, to the left, is Battlin'

Boxer Leverage Gardna. Because his text is in Japanese, here is this guys stats and effect:

During either player's turn: You can banish this card from your hand or Graveyard, then target 1 "Battlin' Boxer" monster you control; banish it until your next Standby Phase.

He's not all that great right, but with the ability to save a monster from something like bottomless, dimensional prison and stuff like that is still pretty decent.

Next up, to the right, is Battlin' Boxer Rabbit Puncher 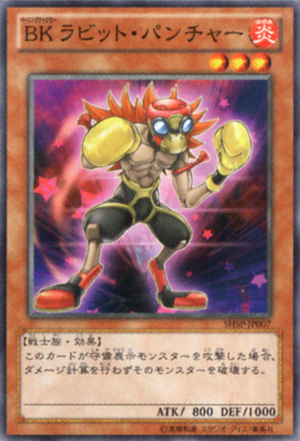 . Once Again, the card is in Japanese, so I'll provide the stats and effect below.

.At the start of the Damage Step, if this card attacks a Defense Position monster: Destroy that monster. 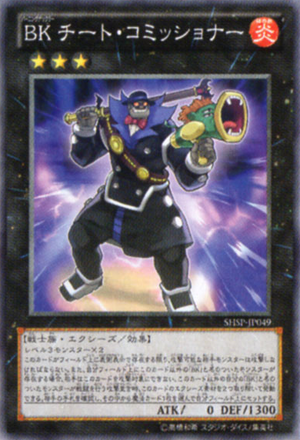 Not all that great, but I can see it working in certain builds, being able to destroy a defense position monster when he attacks it.  Anyway, the next card up is their newest xyz monster, his name: Battlin' Boxer Cheat Commissioner. Take a look...

Once again, here are the stats:

All monsters your opponent controls must attack, if able. If you control other "Battlin' Boxer" monsters, this card cannot be targeted for an attack. When an attack is declared involving another "Battlin' Boxer" monster you control and an opponent's monster: You can detach 2 Xyz Materials from this card; look at your opponent's hand, then Set 1 Spell Card directly from their hand onto your side of the field.

This guy's effects can be very situational, because he forces your opponent to attack you while he's face up and if you have another Battlin' Boxer on the field, he can't be attacked. However, if you have a Battlin' Boxer on the field, when it gets attack you can detach 2 materials to steal a spell card from your opponent's hand and set it. Not the best card,  but  I don't think it's the worst. If played correctly, he might be able to steal a super rejuvenation from dragon rulers or something like that.

Anyways, the last card I want to talk about is Burning Knuckle Spirit, which will probably be called Battlin' Boxer Spirit in the TCG.  Here's what the card looks like to the right.  As you can see, it's a normal spell, now for the effect...

Send the top card of your Deck to the Graveyard, then target 1 "Battlin' Boxer" monster in your Graveyard; Special Summon that target in face-up Defense Position. You can only activate 1 "Burning Knuckle Spirit" per turn.

Very situational, but if you mill the right card, this card could potentially do some bad things that your opponent might not be able to get around. Anyways, that's the last of the new support for the archetype.

The new support cards that the Battlin' Boxers receive in Shadow Specters may not be the greatest support cards in the world, and while I would much rather play different tech choices, these are definitely decent cards, although they can be quite situational. In my next article, I'll talk about some of the tech  choices that you can use in a Battlin' Boxer deck, you might even be surprised at what choices I'll make to talk about, and you'll see my updated deck list, and maybe even, what my deck will look like come Shadow Specters.. That's all for now duelists, and remember play hard or go home!