Hello everyone, I’m back this week to discuss the brand new ARG format! More importantly, I’d like to discuss a very interesting deck that I believe could be a strong contender going into this new format. A few months ago Frazier posted an article that proposed a new Sylvan deck. Incorporating cards from the new Premium Gold Series set; the Sylvan deck regained some much-needed consistency through Rose Paladin and Rose Lover. Despite these new additions, Sylvans were unable to put up a fight against Nekroz or any of the other decks, which made most players very reluctant to entertain the idea of playing Sylvans. Fast-forward a few months and now there’s an ARG ban list that has given me various ideas about what decks to play. As much as I would like to break down each deck that I feel is viable, my friend Matthew Monahan has already done that. This prompted me to zero in on a deck I found very interesting and an absolute pleasure to play, Sylvans. 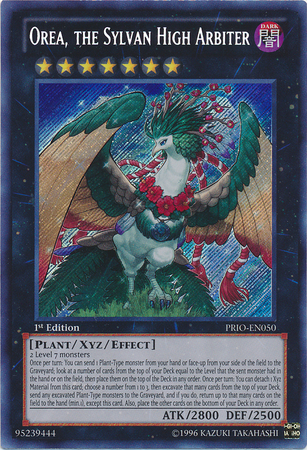 For those who have yet to see the ARG Format article, I will link it here: http://articles.alterealitygames.com/announcing-the-arg-format/

Sylvans stuck out to me after I saw Sacred Sword of Seven stars was moved to three on the ARG ban list, along with the banning of Vanity’s Emptiness, Djinn Releaser of Rituals, and Nekroz of Trishula. Trishula was definitely the biggest issue out of these three cards for Sylvans, and for other decks in general. Trishula altered the way that people not only built their decks, but also played the game. Similarly, the Djinn lock forced other decks to main subpar cards in order to out the lock. Subpar may not be the best way to characterize “Djinn outs,” as cards like Raigeki, Dark Hole, and Book of Moon are quite contrary. Most of the warrior solutions that were played to the Djinn lock were effective at outing the Djinn, but lacked any other contribution to a deck’s game plan. My friend Brad and I looked into Sylvans following Frazier’s article about the deck those many months ago, but we were eventually deterred due to the easily accessible Djinn lock. Now that the Djinn lock and Nekroz of Trishula are no longer viable in ARG format, I believe Sylvans have the potential to compete without main decking non-combo cards like Mistake. Lets take a look at the deck list I composed for this exciting new format!

2 Reinforcement of the Army

Having An Out to Qliphort Towers

While I was constructing this deck I wanted to make sure that it would have enough pace to compete with decks like Qliphort, Burning Abyss, and Nekroz, all of which can very easily dig through the deck and acquire their combo pieces. With no event coverage for the ARG format, I built this deck under the impression that Qliphort would be incredibly popular due to the lack of hits on the ARG ban list. The past European Championship also had a showing of the new Tower’s Turbo deck, that can summon a Qliphort Towers turn one 85% of the time. Knowing all of this, I wanted to ensure that Sylvans had an out to Towers that was easily accessed. 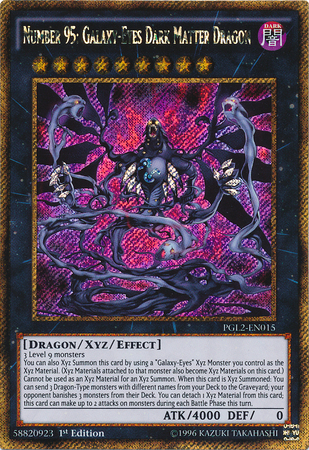 Sylvans have always had problems dealing with trap cards because they invest a lot of their resources into summoning monsters, and if traps intercept those monsters, Sylvans often have a hard time coming back from that deficit. Solving this problem was quite simple as Royal Decree and Rose Archer can stifle any traps that would hinder the Sylvan deck’s plays.

As I stated earlier in the article, all of the top decks are very quick and efficient at what they do, which means that I had to find a way to match that consistency with this Sylvan deck. The last time I played Sylvan, the biggest issue was drawing too many monsters not being able to make a play. In order to solve the problems of drawing too many monsters I put two Trade-Ins and three copies of Sacred Sword of the Seven Stars into the deck, which helped mitigate drawing too many monsters. Often times playing cards like Trade-In or Sacred Sword of Seven Stars can create inconsistencies in and of themselves, but with Rose Paladin, these same inconsistencies fade away. Rose Paladin allows you to turn on either one of these powerful draw cards, and he is also searchable off of Reinforcement of the Army. With four copies of Rose Paladin (2 Rose Paladin and 2 Rota) it becomes very easy to dig through your deck and locate your combo pieces, because once Sylvans combo off, they can very easily take control and win the game. 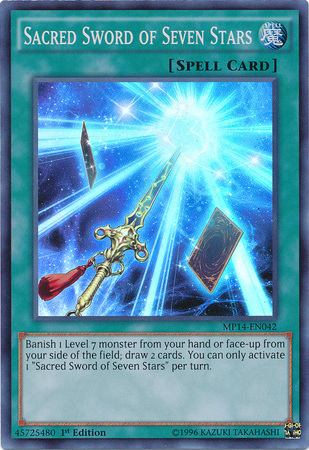 Looking at ARG format there are quite a few decks to worry about when constructing your deck. Lets take a look at how Sylvan stacks up against these decks.

-Ritual Beast: The Ritual Beast match-up is more so a matter of which deck establishes a field first, because both Sylvan and Ritual Beast are capable of creating fields that prevent their opponent from making one. Since Ritual Beasts can easily search multiple copies of Steeds, it makes it very difficult for a Sylvan player to combo their monsters into Synchros or Xyzs without any interruption. Alternatively, Sylvans can create powerful fields that consist of Divine Dragon Knight Felgrand or Stardust Dragon, which can prove to be difficult for Ritual Beasts to break.

-Nekroz: This match-up is somewhat difficult for Sylvans to manage because of Unicore, Clausolas, and Brionac. Summoning a Felgrand isn’t very problematic for a Nekroz player because they can just summon a Valkyrus and beat over the Felgrand. Sylvans are still capable of beating Nekroz despite the aforementioned issues, because they can still create strong boards with Naturia Beast and Felgrand.

-Heroes: The match-up with Heroes is very similar to the Ritual Beast Match-up in a sense that, whichever deck sets up first will be in control. If the Hero player can summon Dark Law, it’ll be quite difficult for Sylvans do deal with him outside of Lonefire Blossom. However if a Sylvan player can create a field with Felgrand, then the Hero player is in a state of struggle. Match-ups like these become easier as a side deck cards are introduced.

-Satellarknights: This match-up is also very easy for Sylvans because Satellarknights also struggle with big monsters and rely on their monster effects to clear threats. Basically being able to summon multiple Felgrands gives Sylvans a huge advantage over Satellarknights.

I will not be able to attend the Circuit Series in Charlotte this weekend, but I will be attending ARG Providence as well as the 25k. I’m very excited to play in a new format by the Players for the Players and look forward to watching the Stream this weekend for Charlotte! It will truly be interesting to see which deck reigns supreme this weekend! And as always, Play Hard or Go Home!

The Scoop: Recapping Madness
ARG Circuit Series Charlotte Standings After Round 1
Our Contributors