Following the completion of ARGCS Orlando Burning Abyss claimed first place yet again! Burning Abyss has demonstrated its power time and time again, as it has dominated almost every event since its release. Secret’s of Eternity has brought even more support for Burning Abyss, Satellarknights, Qliphort, and even Shaddolls, thus making the format even more stale because nothing new was introduced that will see competitive play. The next premier event is YCS Charleston and the only other new set of cards we will have access to are the ones provided in the new Hero structure deck. In light of this stale period of Yugioh, I decided to build a fun deck that showcases some of the new cards from Secret’s of Eternity. Lets take a look at the deck shall we!

March of the monarchs x3

Tenacity of the monarchs x3

The monarchs storm forth x3

Before I get into the deck itself lets take a look at the cards from Secret’s of Eternity that I have decided to incorporate into this deck! My favorite card in the deck is Tenacity of the monarchs because it has the power to search your deck for The Monarchs storm forth or March of the monarchs.

Tenacity of the monarchs reads: 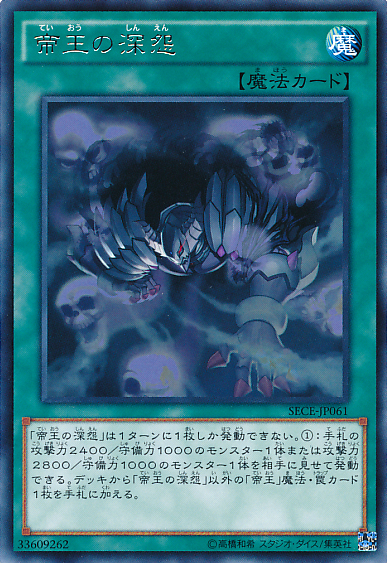 This means that if you draw any of your tribute monsters (except Vanity’s Fiend) you can search your deck for a Storm forth, or March of the monarchs. More importantly Tenacity of the monarchs solves the biggest issue tribute stun decks used to have, actually having a card to tribute. This issue was strange for these types of decks because mathematically the equation was so simple.

Y= A card to provide tribute

With Tenacity of the monarchs being thrown into the deck it is almost impossible to not have a monster to tribute as long as you’re managing your resources properly. The next new card I incorporated into the deck is Caius the mega monarch! 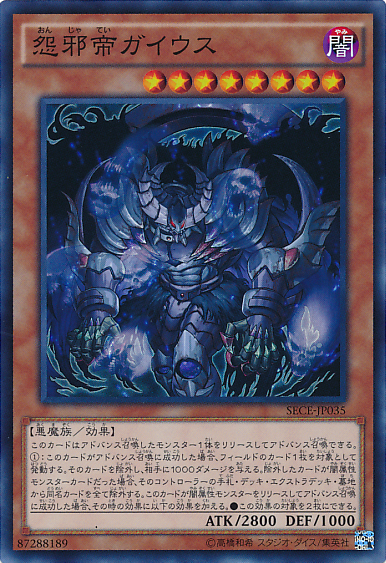 Caius the mega monarch has quite a few effects that are all very devastating against any deck. If you are playing against Burning Abyss and you resolve this effect and banish a Dante or any of the Malebranche monsters your opponent will be cut down to having a minimum of two Dantes and will be completely cut off from one Malebranche name, which will make it more difficult for the deck to grind in the late game. While it may prove difficult to hit Malebranche monsters, you can also simply banish two Dantes from the field which is still quite the set back for your opponent. Caius the mega monarch is even more devastating against Shaddoll variants because the likelihood of there being a set Falco or Beast is incredibly high. This means that you get to cut them off from two Shaddoll names and get free information as to what’s in their hand and deck!

Why I chose the Ghostrick Engine

While creating this deck I was going back and forth debating on whether or not to use the Frog engine or the Ghostrick Engine in supporting the tribute monsters. Lets take a look at each engine shall we!

The Frog engine was composed of:

By playing the Frog engine I immensely increased the amount of normal summons in the deck and thus created more dead hands for myself to have to play out of in the early portion of the game. Having an increased chance of bricking in the early game meant I was going to get blown away by just about every deck in the Meta, which was obviously something I did not want. The attraction to the Frog engine at first was the fact that once my grave was set up with Treeborn Frog and live Ronintoadins, I would be able to do multiple things a turn (combo deck). Being able to utilize powerful rank 2 monsters like Herald of Pure Light and newly released Sky Cavalry Centaurea were also huge pros to using the Frog engine to support the tribute monsters. I’m sure not many of you are familiar with Sky Cavalry Centaurea or even Herald of Pure Light so I’ll explain what each does and why they would be powerful in this type of deck!

“You can detach 1 Xyz Material from this card, then target 1 monster in your Graveyard; add it to your hand, then shuffle 1 card from your hand into the Deck. You can only use the effect of "Herald of Pure Light" once per turn.” 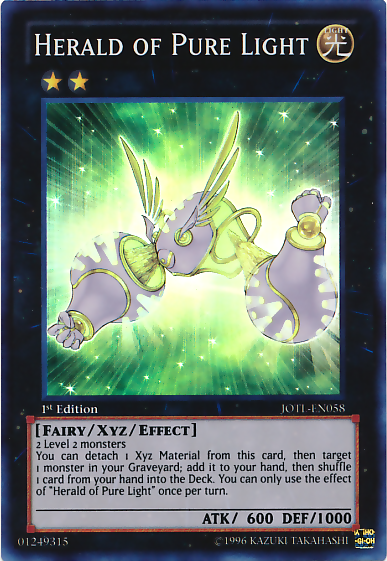 “While this card has Xyz Material, it cannot be destroyed by battle. If this card battles an opponent's monster, and your opponent still controls that monster at the end of the Damage Step: You can detach 1 Xyz Material from this card; return that monster to the hand.”

Herald of Pure Light’s effect can fix unplayable hands by adding a tribute monster from your grave to your hand and then shuffle an unplayable card back into your deck, which is a really cool interaction. Cavalry Centaurea is an incredibly powerful monster because you can crash it into any monster (hopefully not an El Shaddoll Construct!) and then return it back to the owner’s hand. Returning back a Dante is probably the most relevant interaction that will arise.

Despite all of these cool card interactions the Frog engine still remains inconsistent compared to the Ghostrick engine. While Treeborn Frog is one of the best forms of tribute fodder, the cards you have to play to support him make your deck less consistent and limit the other types of cards you can play.

The Ghostrick Engine is composed of:

Not only is the Ghostrick Engine a smaller amount of cards but also a significantly less amount of normal summons. Essentially the less normal summons that are involved with your tribute engine, the more normal summons you can commit to your tribute monsters. The only normal summon in the engine is Jiangshi and she turns into a special summon because of her effect. If you set Jiangshi and your opponent attacks into it you can search a Specter, which you can then special summon and draw a card off of. Opening up with Mary is much more optimal because she thins your deck by special summoning a Jiangshi who then thins your deck again. Through all of this deck thinning it becomes very easy to see one of your 12 tribute monsters, all of which are capable of swinging the tempo of the game in your favor upon summon. 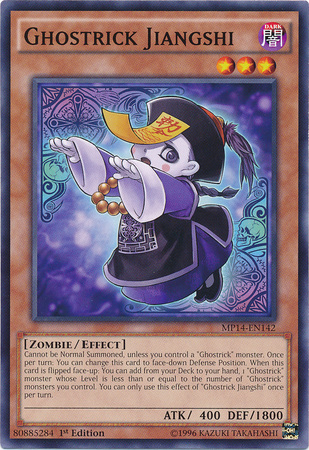 The twelve-tribute summons are made up of only four individual monsters, Majesty’s Fiend, Vanity’s Fiend, Caius the Shadow Monarch, and Caius the mega monarch. Both Majesty’s and Vanity’s fiend can single handedly win games if summoned in combination with the monarchs storm forth because of their effects that prevent your opponent from playing the game (floodgates). Both of the Caius monsters are tempo swingers in combination with Storm Forth because of their removal effects and attack power. Due to the deck’s tribute orientation it is more optimal to go second with this deck because you want to see as many of your cards as possible (tribute/monarch-spell).

More often than not the spells you play in your deck are present to advance the gamestate in your favor and tutor the plays your deck is supposed to make. Each spell I decided to play in this deck helps search for a combo piece (tribute/monarch spell), because without these combo pieces you won’t be able to compete with the meta decks. Upstart Goblin was an easy choice because there weren’t any more than 37 cards that I wanted to play and Pot of Duality was selected because the deck is never special summoning on your turn. Being able to dig three cards deeper into the deck enhances any play in this deck because you’re almost always one card away from being able to utilize one of your combos.

The Monarch spells that I decided to play were the monarchs storm forth, tenacity of the monarchs, and march of the monarchs. Storm Forth allows you to tribute your opponent’s monsters as your own, does not target, and also allows you to attack the same turn you activate the card, which makes this the perfect card for decks revolving around tribute summoning. After having explained Tenacity of the Monarchs you know that it allows you to search for another monarch card as long as you have a monster with the appropriate stats in your hand. Lastly, March of the Monarchs prevents any of your tribute summoned monsters from being targeted or destroyed by card effects, which gives your opponent very few outs to your walking floodgates! March of the monarchs is also why I did not include an extra deck because while it remains face-up on the field you cannot special summon monsters from your extra deck.

If you happen to be bored of the current decks in competitive play and are looking for a fairly cheap deck to play that will still be able to compete, I highly suggest trying this deck out! It certainly is a lot of fun to play and it incorporates some of the new cards from Secrets of Eternity! I hope to see everyone at the upcoming YCS in Charleston and at the ARG in Texas on February 7-8, and as always…Play Hard or Go Home!