Hello again Duelists! I noticed that you guys get tired of only hearing and reading about the meta and commonly played decks. So I'll take a break this week and talk about a deck that most players would not expect to play against or see but I feel still has potential in this upcoming format: Worms.

Worms have been around for a long time. I have enjoyed this deck ever since Wind Up format because it never really had a bad match up and has an “autowin” condition when you open Worm Xex and W Nebula Meteorite. But before I get too far ahead of myself, here's a deck list for you guys.

Dude what do Worms even do??

Worms are most similar in playstyle to the recently popularized H.A.T. deck. This deck thrives in a simplified game state and makes very good one-for-one trades. The main cards that you are probably most unfamiliar with are the worms themselves so let me explain the basic plays and what they do.

When this card is Normal Summoned, you can send 1 Reptile-Type "Worm" monster from your Deck to the Graveyard. If you control a face-up "Worm Yagan", this card cannot be destroyed by battle

Now, at first sight, being able to Foolish Burial a Worm monster may not seem very impressive, but because of Worm Yagan’s effect, opening Worm Xex is actually a very strong turn one play. Remember that Worm Xex needs to be the only monster you control to special summon Worm Yagan from the graveyard!

If the only monster you control is "Worm Xex", you can Special Summon this card from your Graveyard in face-down Defense Position. If you do, remove it from play when it is removed from the field. When this card is flipped face-up, select 1 face-up monster your opponent controls, and return it to it's owner's hand.

You only want to use two of him because on his own he mostly functions as a slow form of spot removal for Synchro and Xyz monsters. You don't want to open multiple copies of Yagan, and opening with Xex negates the need to manually set Yagan. Remember that if a special summoned Yagan is used as an Xyz material, he won't be banished when detached!

1200/500
If the only monster you control is "Worm Xex", you can Special Summon this card from your Graveyard in face-down Defense Position. If you do, remove it from play when it is removed from the field. When this card is flipped face-up, select 1 face-up monster your opponent controls, and return it to it's owner's hand.

This is the “Stratos” in the deck that will get you to most of your monsters and generate advantage very quickly. A cool aspect of this card is that it can search out another copy of itself when flipped faceup. In a simplified game state this is very important. You don't want your opponent to get a lot of value out of cards like Karma Cut or Compulsory Evacuation Device or similar trap cards that are played this format. Cartaros searching another copy of itself can actually put a significant amount of pressure on your opponent if they stuck top-decking for monsters because it can snowball advantage very quickly. If your opponent doesn't draw an answer or you have traps that will stop their monsters, odds are you're winning that game because of the advantage that you just built up and the continuously applied pressure.

The better version of Icarus Attack for the Worm deck: Offering to the Snake Deity

This card is “better” than Icarus attack this format primarily because of the recent resurgence of Trap Stun. While you wouldn’t want to play multiples of this card, given its requirement of a face-up Worm monster and the accompanying loss in board presence, it has the advantage of not tributing your Worm as a cost. So while getting Offerings negated will rarely lose you the duel singlehandedly, it still lets you play around cards like Breakthrough Skill and Effect Veiler.

The Power Card of the deck: W Nebula Meteorite

W Nebula Meteorite has three different effects. The first effect flips up all facedown monsters, which will trigger your Worms' effects (Cartaros and Yagan). Now let's say turn one you summoned Worm Xex and special summoned Yagan facedown. Your opponent summons a monster and tries to attack over Yagan or your opponent summons something like Tour Guide From The Underworld and Special Summons a Burning Abyss monster. Now you can activate Nebula and flip up Yagan, which will trigger its effect to return a face-up monster your opponent controls to the hand. During the End Phase, the second effect activates - you flip facedown Worm Xex and Yagan then draw 2 cards AND now the third effect will special summon a Worm King from your deck at the cost of nothing to you! If you were fortunate enough to open up two Nebulas, in this situation after you special summoned Worm King you would activate your second Nebula and flip back up Yagan and Xex and you draw a whopping three more cards! How insane is that, you just drew 5 cards and bounced up to two of your opponents monsters to the hand. This won't happen often but even opening Xex and Nebula is amazing since that can put a lot of damage on board next turn, give you two new cards and a Worm King on the field!

Or let's say you open Worm Cartaros and Nebula. This will let you search twice with Cartaros which is getting some insane value out of him since you'll search once during the End Phase, draw a card, special summon Worm King, and on your turn you just flip Cartaros back up and get another search!

There are some important things to know about Nebula. There needs to be a facedown monster on the field to activate it. If you flip up a Worm Yagan with Nebulas effect it will not be banished when it leaves the field, Nebula "resets" Yagan. During the End Phase you need to set a Worm monster facedown in order to special summon Worm King and draw cards. 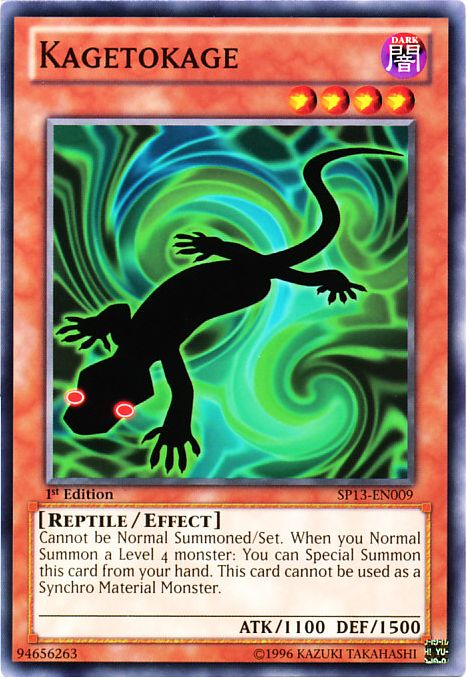 Now at first glance this card doesn't look too amazing - I'll be the first to admit it - but does two important things for the deck. First and most important, it makes your search off of King of The Feral Imps much more valuable, since it allows you to make a follow-up Xyz play next turn. Second, if you already opened the fantastic combo of Worm Xex + W Nebula Meteorite then this card allows you to OTK. Once you pull off the combo, your field should consist of Worm King, and facedown Xex and Yagan. Flip up both Yagan and Xex to XYZ summon King of the Feral Imps and use his effect to add Kagetokage to your hand (if you already have a monster with 1100 or more attack in your hand) or, if you opened Kagetokage, then add either a Worm Xex or a Worm Cartaros. Summon the monster and special Kagetokage in attack position, then attack with all your monsters (Feral Imps + Worm King +Kagetokage + any monster with 1100 or more = at least 7200) then summon Gagaga Cowboy for game. I chose to use no more than 1 Kagetokage because you never want multiples in your hand, he is searchable, and you cannot summon two at once.

I chose to use two duality instead of three like most people would choose to do because you generally only want to see this card to get yourself W Nebula Meteorite or Worm Xex/ Cartaros so you have plays next turn but if you open Worm Xex then that is probably a better play (summoning Xex then special summoning Worm Yagan from the grave) since it will progress your game much more than using Duality.

I've been using Fire and Ice Hand in the deck because they simplify the game state very well and often force your opponent into making otherwise suboptimal plays to get rid of them. Oftentimes your opponent will summon Alucard to get rid of what they think is a face-down Yagan or Cartaros, only to get blown out by a Hand!

Cards you guys can try out

Since Raigeki just came off the ban list I haven't had as much time to test it as I would have liked, but it seems good in this deck as it helps simplify the game. I don't think it is very good during this format in general, though, because it doesn't do much against Satellars, Burning Abyss, and Shaddolls, where all of the monsters replace themselves, so I opted not to play it. This deck, like many others, can use the Artifact engine. However, when I tried it, I found it very underwhelming. First, I opted to use the three Sanctum/two Moralltach ratio, as I dropped the Hand engine to make space. While Sanctum gave you a route to summoning monsters outside of your normal summon as well as serving as spot removal, drawing Moralltach was beyond awful. The rare occasion where you would be able to tribute summon it (for practically no value) or use your own MST on it did nothing to change that. The ten card Artifact engine (three Moralltach, one Beagaltach, three Ignition, and three Sanctum) would probably run more smoothly, but would necessitate cutting cards like Kagetokage and Offerings to the Snake Deity, making the deck lose flexibility. Artifacts are also incredibly vulnerable to Vanity’s Emptiness, which is incredibly prevalent this format.

Now I don't know whether this deck will become the best deck but I definitely have had a very fun time testing the deck and think it is quite scary to play against.

That's all for this week's article! If you'd like to see me write about a certain topic feel free to message me on Facebook. The Circuit Series stops by Colombus, Ohio next on October 11-12th! I hope to see you all there.

October 2014 Forbidden/Limited List Thoughts
The Secret to Dueling: Running Out of Time?
Our Contributors