Several months ago my phone screen lit up with a text from Jeff informing me that there was a new best deck in the OCG, which prompted me to ask what the best deck was. He told me it was called “Magicians”, which confused me at first because Nekroz was still alive and well (in the OCG), despite various hits on the ban list. That same day I received another friend informing me of a Pendulum takeover occurring in the OCG. I immediately went to YGOorginization and did some research on the Magician deck, which abruptly stopped because Magicians were not coming here anytime soon. Fast forward several months and suddenly the Magicians will be making their stop in the TCG.

Knowing that Magicians would surely be the best deck choice I restarted my research regarding the deck. I would like to help everyone who may not understand all the new cards develop a fundamental understanding of what all the cards do and how to play against them. The first step in knowing how to play against a deck is learning what all the cards do! 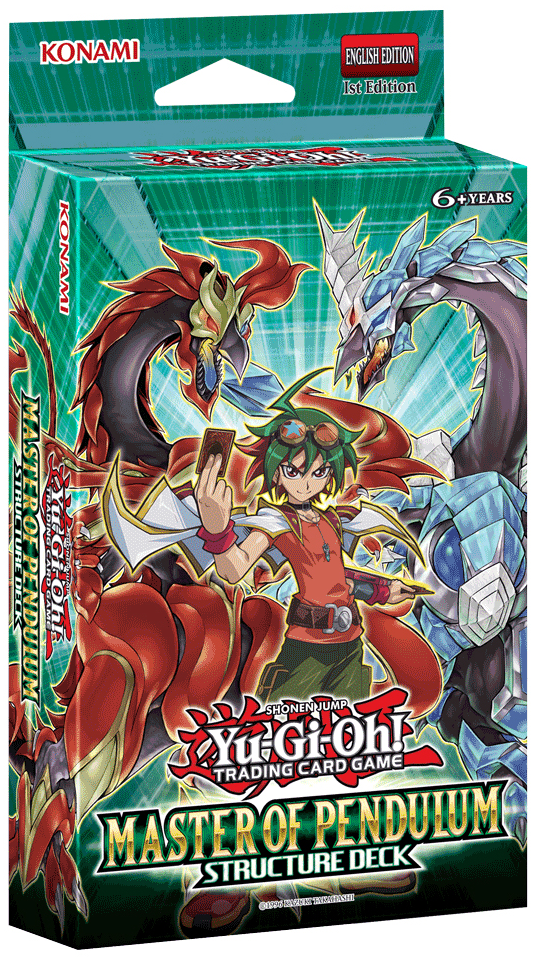 The Relevant Cards From Master of Pendulum (The Magician Deck)

(Pendulum Effect) If you have a "Magician" or "Performapal" card in your other Pendulum Zone: You can destroy this card, and if you do, choose 1 "Magician" Pendulum Monster in your Deck and place it in your Pendulum Zone, except "Wisdom-Eye Magician".

(Pendulum Effect) If you have no "Magician" cards in your other Pendulum Zone, destroy this card.

(Monster Effect) If this card is in your hand or Graveyard: You can target 1 Level 7 or higher "Odd-Eyes" monster you control; reduce its Level by 3, and if you do, Special Summon this card. Cannot be used as a Synchro Material, except for the Synchro Summon of a Dragon-Type Synchro Monster. If this card is used for a Synchro Summon, and the other Synchro Material(s) is not an "Odd-Eyes" monster, place this card on the bottom of the Deck.

(Pendulum Effect) Once per turn, if you have a "Magician" card in your other Pendulum Zone: You can discard 1 Pendulum Monster, then target 1 face-up monster on the field; destroy it.

(Pendulum Effect) Once per turn, if you have a "Magician" card in your other Pendulum Zone: You can discard 1 Pendulum Monster, then target 1 Spell/Trap Card on the field; destroy it.

(Monster Effect) When this card is Normal Summoned: You can add 1 "Performapal" monster, 1 "Magician" Pendulum Monster, or 1 "Odd-Eyes" monster from your Deck to your hand, except "Performapal Skullcrobat Joker".

"Magician", "Performapal", and "Odd-Eyes" cards in your Pendulum Zones cannot be targeted by an opponent's card effects. You can target 1 other face-up card you control; destroy it, and if you do, add 1 "Odd-Eyes" card from your Deck to your hand. You can only use this effect of "Sky Iris" once per turn.

When this card is Special Summoned: You can target 1 card in your Pendulum Zone; Special Summon it, but this card cannot attack for the rest of this turn. You can only use this effect of "Odd-Eyes Meteorburst Dragon" once per turn. Your opponent cannot activate monster effects during the Battle Phase.

Yeah-Yeah Max We Can Read Cards, but What Does This Mean? 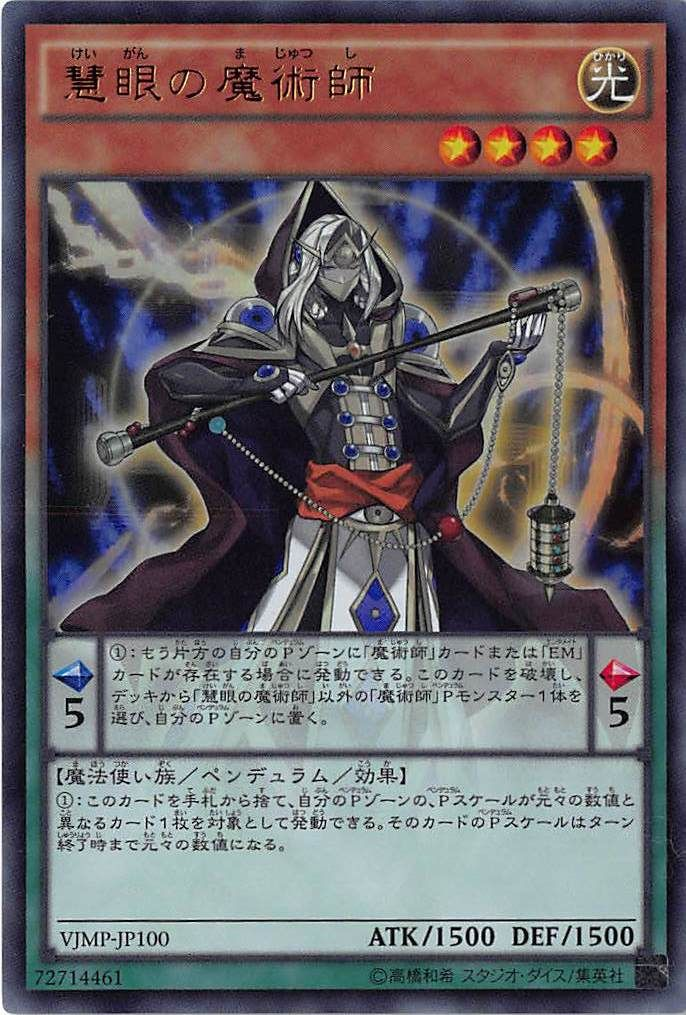 As previously stated it’s all about understanding what the cards do before I can go into a real discussion. The cards I highlighted are the ones I believe to be the most relevant from the Master of Pendulum structure deck. The first card I mentioned is Wisdom Eye Magician, which is one of the best cards in the entire deck. Wisdom Eye not only fuels your extra deck with free monsters but it helps set up a very strong scale. Most players look forward to seeing at least two copies of Wisdom Eye in their hand because with two Wisdom Eye Magicians you can set your scale and have at least two free monsters to pendulum summon from the extra deck. Wisdom Eye’s monster effect doesn’t really come up very often, as there aren’t too many relevant cards that will be changing your scale numbers. It’s important to note that Wisdom Eye’s effect doesn’t destroy for cost like Luster Pendulum, meaning you can use MST on it when it activates and “negate” it’s effect because it would have to remain face-up to resolve.

The next clump of monsters in the deck are the remaining Magicians, which give the deck its sugar and spice! The main purpose of these monsters is to create a strong pendulum scale, while also allowing you to make very powerful Xyzs and Synchros (More on that later). The most ideal scale set-up for a Magician player is having a DragonPit and an Oafdragon because Pit will allow you to destroy an opposing spells/traps and Oaf allows you to retrieve Magicians from the extra deck. Contrary to popular belief, having DragonVein in your scale with Pit isn’t as optimal because it’s a one scale that pops monsters. Hardly any of Vein’s effect is relevant because the deck doesn’t play any level 2 monsters and destroying monsters is more or less the equivalent of hitting a stress ball. Why pop the monster(s) when you can shuffle them back with Castel or steal them with Number 11: Big Eye! NobleDragon Magician is hardly a usable pendulum scale because it’s a five scale, which means it cuts the large dichotomy of scales this deck has in half!

With an ideal scale you should be able to pendulum summon level three monsters through level seven monsters. If you drop a five scale you have to decide between levels 3-4 or levels 6-7, which just makes your deck less effective since you want to maximize the effectiveness of every card you have. Instead of using NobleDragon as a scale you use it as a tuner! Think of NobleDragon as a level eater that can be special summoned from your hand or graveyard but can only be used on level 7 or higher Odd-Eyes monsters! This opens the floodgate for cool plays with Odd-Eyes Meteorburst Dragon, another monster who we formally met a few paragraphs back.

The main non-Magician monster that arrives in the Master of Pendulum deck is Skullcrobat Joker. Joker’s Stratos effect for Odd-Eyes, Magician, and Performapal monsters makes him an instant three of in most of the upcoming Pendulum decks looking ahead. Looking past the monsters there’s two pertinent spell cards that I want to go over that are brand new to the TCG!

Pendulum Call is one of the most powerful cards the deck has to offer as it will instantly set up your scales and prevent them from being destroyed until your very next turn! It’s important to note that if a player used Pendulum Call, they won’t be able to trigger Wisdom Eye’s effect to destroy itself and retrieve another Magician scale (A minor fallback). Most importantly, Pendulum Call grants you safe haven from Wavering Eyes for long enough to end the game. Should you fail to win on your turn, then run the risk of getting hit by Wavering Eyes at the start of your next turn! Gazing ahead of Pendulum Call, we take a closer look at Sky Iris!

Sky Iris is a field spell that adds quite a bit of flare to the Magician deck because it allows you to utilize Odd-Eyes Fusion. Odd-Eyes Fusion allows you to play through established fields in the mirror match because it grants you free access to Odd-Eyes Vortex Dragon. Vortex returns an opponent’s attack position monster to their hand upon summon, while also carrying the ability to negate spell/trap and monster effects at the cost of returning a face-up pendulum monster from the extra deck to the main deck! Sky Iris does more for the deck than just giving it access to Odd-Eyes Fusion because it allows you to grab a regular Odd-Eyes Pendulum Dragon from your deck!

I won’t be able to attend the ARG in Las Vegas next weekend, but I wish everyone the best of luck that does attend! I look forward to seeing everyone at ARG Orlando in the sunshine, as winter will have just taken over in my home state Wisconsin. Until next time duelists, Play Hard or Go Home!