I have been testing out LWDN Control this KMC season and it did not seem quite right. It was a bit too clunky and could not get the cards on the turns I really wanted them. It was a good deck, but I felt like I needed to either add or take something out. Good Times Games in Prince Rupert, British Columbia streamed their KMC on March 22nd so I decided to take a look to see what was going on. DonLee Wilson flew all the way out there to play which was awesome of him because I know it isn’t cheap to tavel out there. He was using a LFN Haven Control deck, which turns out to be what he used to get his invite early in the season. In the games I saw him play, the deck was very smooth and super powerful against aggressive decks. I decided to test out a similar strategy and it worked wonderfully. DonLee is a player who can build a deck that works great at answering what is currently in the meta, this 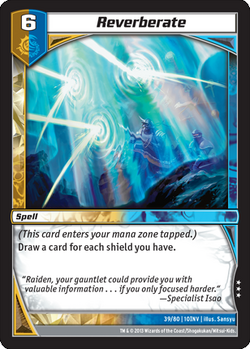 isn’t the first time he has done it either.

I arrived to the 2013 Summer Championships at about 11:00 Friday night. The first thing I wanted to do was find out what happened at the LCQ’s. I believe the second one was ending when I made it to the hotel and someone told me it was between Yuri Tolpin using Mono Fire and DonLee Wilson using LWDN Control. I really wanted the control player to win because Mono Fire was not fun to play against at all and only the winner got the invite to the Championship. DonLee ended up winning and that was the first I had ever heard of this player. I thought he was just going to be an average player because there is a stigma with people having to get their invite at the LCQ’s but boy was I wrong. 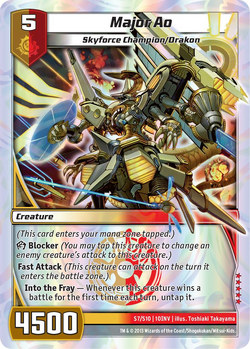 DonLee ended up qualifying again for the 2013 Winter Championship. At that tournament he used a deck that I do not think many people saw coming, 5-Civ Control. He completely dominated the tournament in the swiss rounds and easily made it to top 8. He was playing against Noah Koessel using LWD Tempo in top 8. I had already won my top 8 match and was watching their game because I was going to play the winner in top 4. They were in game 3 I think and looked like DonLee was going to win which made me absolutely terrified. I had a feeling if I played DonLee his deck would tear mine apart because Control can have a good match-up against LWDF Dragons. As soon as I thought it was over Noah drew a [ccProd]Squillace Scourge[/ccProd] and defeated DonLee to everyone’s surprise. DonLee had the potential to win the whole Championship but there is always luck in card games and sometimes you can’t avoid it, just hope it doesn’t happen at the wrong time. 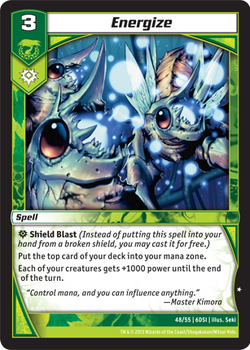 even now. As I mentioned early, DonLee moved on to a LFN Haven deck but what is so special about it is that it is only 40 cards. When I first heard about him winning with it I was skeptical, but it wasn’t until I saw him use it at Good Times Games that I realized how powerful that type of deck can be. My friend Gordon Kane used his list with a few changes and was able to win the KMC in Missouri with it. Around our area there are a lot of players who use aggressive decks and the 40 card Haven deck has a great chance at almost always beating those type of decks so I tried it out at the Oklahoma KMC this past weekend. Mine was slightly different to fit my play style but generally the same strategy. There were 3 similar LFN Haven decks in top 8. I made it to top 4 with it and was very pleased with the results.

I believe that both the 5-Civ control and the 40 card LFN Haven deck (which I like to call the DonLeeDotDeck) are both two of the best decks to use in the format right now. 5-Civ control may seem normal now but before the Winter Championship it was absolutely no where. All it takes is for one person to go outside the box and build something unique and it might turn out to be one of the most powerful decks in the game. Some decks will not work but, that just means you need to keep on trying. Kaijudo needs more players like DonLee Wilson that help inspire other players to build different decks. He can take a strategy that few have thought of actually doing and wreck entire tournaments with it. He is definitely a player you need to keep your eye on and know when you play him in a tournament it is not going to be easy.

I know it is difficult and scary to think of new strategies but there is an endless amount of them. I cannot stress how important it is to know that just because people don’t use it, does not mean it is bad. Maybe after the 2014 Summer Championship I will write another article like this about you if you decide to take a risk and use something no one will see coming. Remember it is not all about winning, but having fun! The Circuit Series comes to Richmond, VA on April 26-27! Click the picture below for all the details!