Hello everyone, what a crazy week it has been! The new set World Super Stars was released and the hype for the new Star Seraphs monsters was quite real! I mean the old Star Seraph monsters were already so broken too. How could you not want to play Star Seraph Scout, or Star Seraph Sword? Those cards were insane! Not really though, actually not at all. Star Seraph Scepter and Star Seraph Sovereignty are the Seraphs people are the most excited about, and for good reason! This six-card engine can be splashed into various decks like Satellarknights and Shaddolls, but how good is it really? What makes this engine so powerful and sought-after? If you open up Sovereignty and Scepter (Stick-Chair!), you are able to draw a minimum of three cards and destroy at least one. Since you only invest two cards into this play it seems like a no brainer to splash this engine into almost anything. 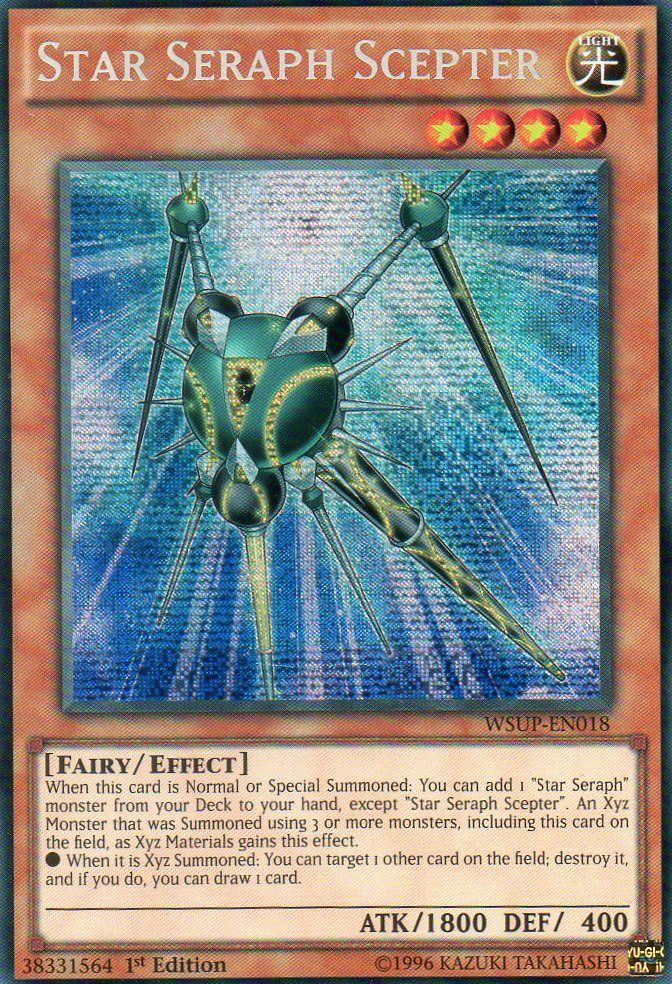 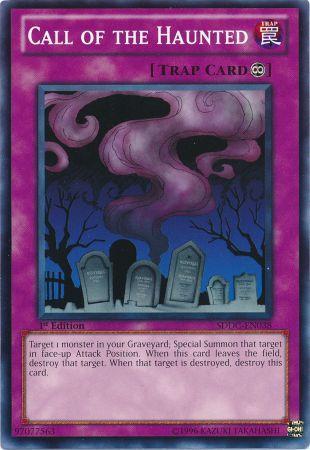 The Star Seraphs are very powerful, but they are not very consistent, and that leads me to the main topic of discussion, the Triangle Theory. The Triangle Theory is something my friends and I came up with last week. A triangle, in case you missed elementary school, has three sides. There are three entities that sum up this Triangle Theory. The first side of the triangle is Power, the second side is Playability, and the third side is Consistency. Each entity contained in the triangle can be attributed to any given deck, but hardly any deck contains all three entities. Generally speaking each deck is only allowed to have two out of the three entities. With every rule comes an exception; some decks in the past have fallen under all three categories and because of this, have seen hits on the ban list. Lets examine a multitude of past and present decks and see where they rank under this Triangle Theory!

Here’s a diagram depicting the Theory. Power is something that every deck needs, but too much power means the deck will lack one of the other entities in the triangle. When a deck is powerful it can create strong fields and win the game very quickly, which is something most players want in deck. If a deck becomes too powerful it is generally inconsistent and will produce a higher percentage of brick hands. For those who are unaware, a brick hand is a clump of cards that do not allow you to make an optimal play. A perfect example of having too much power in a deck is the Sylvans.

Sylvans thrive on building strong fields with monsters like Divine Dragon Knight Felgrand, Stardust Spark Dragon, and Mecha Phantom Beast Dracossack. These monsters are all rank/level seven or higher, which means in order to summon them you have to play a multitude of monsters that match the respective levels of these powerful extra deck monsters. The Sylvan deck utilizes monsters from it’s own archetype, which is where Sylvan Hermitree and Sylvan Sagequoia come into question. Hermitree is something you don’t really want to see in your hand because it doesn’t do anything on it’s own and relies on you having other combo pieces, which are not all searchable. Sagequoia is slightly different when you draw him because he’s capable of special summoning himself (As long as you can trigger his effect). Sagequoia and Hermitree are both monsters that contribute to brick hands and lower the consistency of the Sylvan deck, which is unfortunate because they are very necessary evils. If a deck has this much power it will inherently become inconsistent, because it focuses on using huge monsters to establish a board. 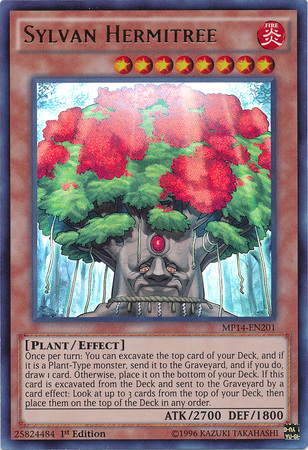 Sylvans ideally just want to open up Lonefire Blossom and Soul Charge, because that’s how they’re able to construct such powerful fields with such little cost. While powerful, this play is not consistent, because you can’t directly search for either combo piece. Sylvans have cards like Sylvan Charity to help tutor this play, but ultimately they are not a very consistent deck, which means they fit the Triangle Theory perfectly. Sylvans are powerful and playable. Playability is the next section of the triangle I would like to discuss.

Playability is the entity in the Triangle that defines a deck’s legality and relevance in the current metagame. When a deck is playable it can compete, and is legal to play. This idea of being “legal” is very important when you consider the whole Triangle. The playability entity is arguably the most important because it not only denotes a deck’s relevance in the metagame, but it also demonstrates how legal or fair a deck actually is. Every deck that is popular is Playable, which means that it is either going to be a Consistent deck or a Powerful one. If a deck is not playable, then you can deduce that it is either bad or not legal for tournament play. It is important to remember that a deck cannot contain all three entities in the Triangle, because then the deck that contains every entity will define the format. Most Meta decks are Playable and Consistent or Playable and Powerful, but when a deck becomes Playable, Powerful, and Consistent a deck like Dragon Rulers arises.

Every deck wants to be as Consistent as possible, that’s why so many people elect to play three copies of Upstart Goblin in their decks. Consistency means that a deck can continuously perform the action that is constructed to do. A perfect example of a Consistent deck is Satellarknights. Satellarknights revolve around using their monsters to summon powerful rank four XYZ monsters, and build up card advantage. The main source of Satellarknights consistency is Satellarknight Deneb. Any time Deneb is summoned he searches the deck for any Satellarknight monster except himself, which means you’re able to constantly access cards like Altair and Vega. Every turn (outside of turn one) a Satellarknight player can effortlessly normal summon an Altair, revive a Deneb, search the deck, and summon a rank four xyz monster. Satellarknights were made to be consistent and the fact that they are all warrior monsters means you can search them with Reinforcement of the Army whenever you need to (Rota). With various search cards Satellarknights are extremely Consistent and Playable, but are they powerful? Satellarknights are not powerful because they are limited to normal summons and Altair’s crippling drawback. For those who coincide with Patrick Star, Altair prevents non-Satellarknight monsters from attacking the turn you use his effect. Without this limitation the deck would be much more powerful. 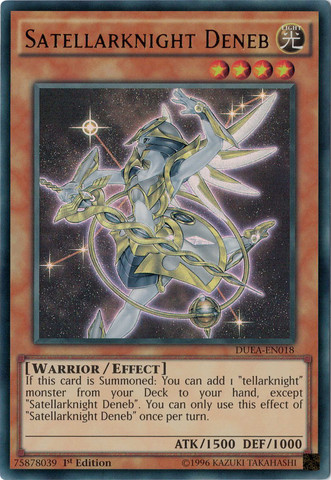 I couldn’t think of a better example than full power Dragon Rulers for this section. In rare cases a deck contains all three entities of the Triangle and dominates until it is checked by the ban list. Dragon Rulers were extremely consistent because they all searched copies of themselves, could utilize Sacred Sword of Seven Stars, and fueled Super Rejuvenation. They also consistently created level seven xyz monsters as well as level eight synchro with little to no resource investment. Dragon Rulers crushed almost everything in their path due to their immense power. Being able to summon multiple beaters for free every turn proved to be too overwhelming for the rest of the Meta in 2013. One of the main reasons I found Dragon Rulers to be so powerful was that they made Mermails look like a joke at that time. The Mermail deck at the time had three copies of Atlantean Dragoons and multiple Deep Sea Divas, which facilitated quick otks. Despite the Mermail deck’s immense power, the Dragon Ruler deck outclassed it. It didn’t matter if the Mermail deck summoned an Abyssgaios because Dragon Rulers were able to summon multiple copies of Number 11: Big Eye and take control of the Abyssgaios.

With such an immense amount of Power, Consistency, and Playability the Dragon Ruler deck dominated for multiple formats and is an example of something most people never want to see happen again in the game. Thankfully, we're in a format where the closest thing to having all three entities is Nekroz. Nekroz is very close to have all three entities in full, but still bricks from time to time. Next time you decide to pick up a deck consider where it falls under the Triangle Theory (Maybe that will influence you decision). There are not any premier events to attend this weekend, but the following weekend we see the Circuit Series visit Richmond Virginia! I plan to attend, and hope to see as many of you there as possible! Until next time duelists, Play Hard or Go Home!

The Scoop: This Week In Yu-Gi-Oh!
Evaluating Star Seraphs
Our Contributors