Hello again, Duelists! This past weekend I made the Top 8 at YCS Anaheim using Qliphorts. The list is a little different from the one I used at ARGCS Seattle, where I finished in second place. While the matches are fresh in my mind, I'll do the tournament report this week, and next week I'll discuss why I decided to go with some “unusual” picks for my deck. Before I start the article, I want to give a big congratulations to Patrick Hoban for winning the YCS! 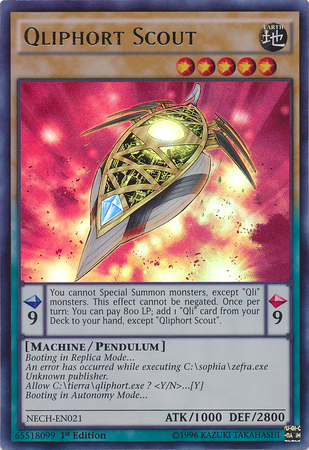 Since I live about 35 miles away from YCS Anaheim, I decided that preregistering was unnecessary. So on Saturday morning, Robert Mushkatblat drove me, Georgiy, and Phil L. to the YCS.
Heres the list that I used for the event: 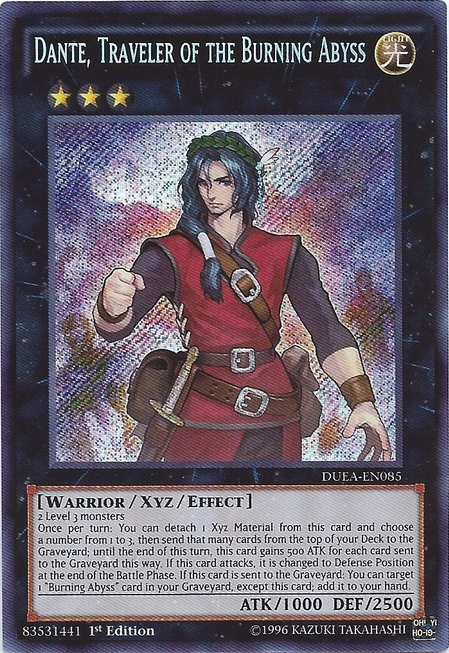 Game 2: He just sets 2 and passes. He uses Fairy Wind on my Scout. I summon Helix and equip Saqlifice, attack, set two, and pass. On his turn he just sets a backrow and passes to me. Next turn I tribute for Disk. Helix destroys a Phoenix Wing Wind Blast that he chains on my Disk by discarding a Beginning of the End. I special summon two monsters with Disk's effect, add Scout, which adds a Carrier, then Pendulum Summon my Scout in defense mode. I attack into a facedown Rubic and pass. On his next turn he summons Cir tries to use Fire Lake as a last ditch effort, but I have Wiretap and he concedes.
Top 16 Vs Bo Tang
I won the roll and opted to go second. At one point he has at least 4 more cards than I do. He made a super great play where he used Mark of the Rose to take my Aye-Iron, attacked over my Tree Otter and then used Wonder Wand in Main Phase 2 to draw two cards. So I'm pretty sure I lose at this point. Luckily for me I had Swords of Revealing Light to stall 3 turns and Chow Len let me see his set cards. While I had Swords of Revealing Light, he was increasing the attack of his Aye-Iron. After Swords of Revealing Light left the field, I set an Alien Brain, knowing that it was my one chance at survival (I also had a Friller Rabca in the graveyard in case he summoned a different monster). Conveniently for me he just attacks with Aye Iron, and I use Alien Brain to take control of it after he destroys my Chow Len. In his main phase 2, he uses Breakthrough Skill from grave to reset Aye-Iron. On my next turn I drew Evilswarm Thunderbird and attacked with both. Eventually he's forced to use No Entry. I chain Evilswarm Thunderbird. Next turn he summons Blizzard Dragon and uses its effect on my Aye-Iron. Next turn he's forced to use Book of Eclipse, as otherwise he won't survive. So during the End Phase I drew 2 cards, and this is where the whole game changed in my favor. He used Blizzard Dragon's effect on my Aye Iron and I chained Evilswarm Thunderbird, but he uses his second Breakthrough Skill from grave. Then when he attacked with Blizzard Dragon he forgot that I had the Friller Rabca in the graveyard and I negated the attack. Next turn I summoned Submarineroid, attacked over his Blizzard Dragon with Evilswarm Thunderbird and attacked with Submarineroids effect directly leaving him at less than 1600. Next turn he couldn't get rid of my Submarineroid so he just set a monster and passed. On my turn I attacked with Submarineroid directly and passed. Time was called on his turn and I was up by more than 2500 life points. He finally destroyed my Submarineroid. On my turn I normal summoned Mezuki and overlayed into Number 44: Sky Pegasus to destroy one of his faceup monsters by detaching Mezuki. Then I used Mezuki's effect to revive Submarineroid and attacked him directly for game.
Top 8 Vs Scott Snyder
Game 1: I opt to go second, and he didn't open enough traps.
Game 2: He opts to go first, normal summons a monster with 1600 attack, and equips it with a spell that boosts him by 1000. Then he sets three and passes. Unfortunately I couldn't get to any damage step cards, Arfeudytyr, or battle position changers that duel even though they consisted of more than 25% of my deck and lost soon after.
Game 3: I chose to Mulligan as my hand had no traps and the monsters weren't very good for turn one. On my mulligan I draw into 5 monsters... If there was ever an option to Mulligan a Mulligan, now would be that time. Unfortunately that is not a rule, and I only get to one trap/spell within my next 4-5 turns and end up losing because I can't get rid of his monsters that are at 2000 attack.
During the drafting portion I passed up a Evigishki Merrowgeist since I didn't want 2 extra deck monsters and if I hadn't passed it up I would've been able to get rid of his monsters that had 2000 attack and potentially won the match; was I right to pass it up for another card? If only I could remember which card I picked instead. Good match Scott!
Overall this weekend was a lot of fun, and led me to my fifth premier event top! That's all for this week's article! If you'd like to see me write about a certain topic feel free to message me on Facebook. The Circuit Series stops by Chicago, IL next on November 29-30.
And As Always Play Hard or Go Home!